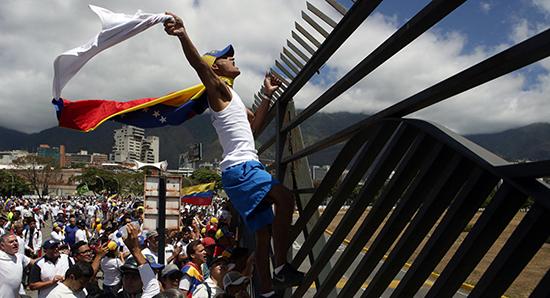 Previous week, the US Treasury Department issued new Venezuela-related sanctions against six individuals. After imposing a new round of sanctions, US Treasury Secretary Steven Mnuchin said that the US would continue to target the supporters of Venezuelan President Nicolas Maduro with sanctions.

WASHINGTON (Sputnik) — The United States is considering imposing sanctions on third country actors in response to the Venezuelan crisis, US Special Representative for Venezuela Elliott Abrams said during a press conference.

“We haven’t done that yet, secondary sanctions, it’s clearly a possibility,” Abrams said on Tuesday. “It would depend on the conduct of the regime over time.”

Previously Abrams said that the United States is in conversations with international partners about how to put more pressure on the Maduro government.

According to the senior official, the US will continue taking “appropriate actions” against Venezuelan leader Nicolas Maduro and will impose new visa restrictions for dozens of Venezuelan officials.