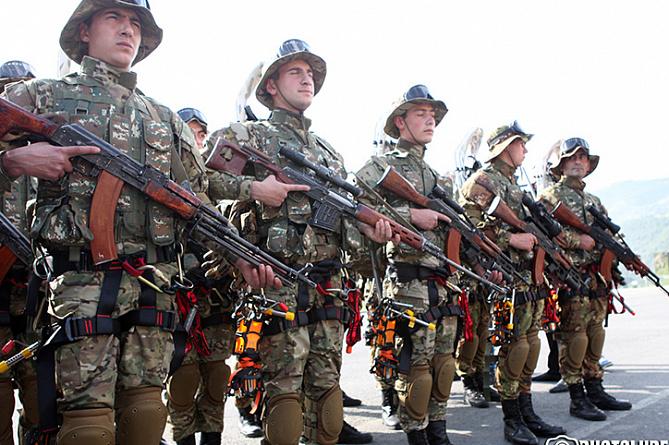 YEREVAN, March7. /ARKA/. In response to an Armenian parliament member’s question about how Armenia is going to respond to statements by Azerbaijan officials that Armenia is toughening its stance on the settlement of the Nagorno-Karabakh conflict, Prime Minister Nikol Pashinyan said that Armenia will behave adequately to the situation.

He recalled that Armenia took a step towards the formation of a favorable atmosphere for negotiations, stating that a conflict settlement option should be acceptable to both the peoples of Armenia and Nagorno-Karabakh, and Azerbaijan.

“Armenia, in fact, made the first step on this path, hoping that such a statement would be heard from the Azerbaijani side. Unfortunately, until now, there have been no such statements from Azerbaijan. On the contrary, Azerbaijan is hinting about its readiness to solve the conflict by using military force,” noted Pashinyan.

According to him, these statements make it obvious that the leadership of Azerbaijan does not consider any options that would be acceptable to the peoples of Armenia and Nagorno-Karabakh.

The Nagorno-Karabakh conflict erupted into armed clashes after the collapse of the Soviet Union in the early 1990s as the predominantly Armenian-populated enclave of Azerbaijan sought to secede from Azerbaijan and declared its independence backed by a successful referendum.

On May 12, 1994, the Bishkek cease-fire agreement put an end to the military operations. A truce was brokered by Russia in 1994, although no permanent peace agreement has been signed.  Since then, Nagorno-Karabakh and several adjacent regions have been under the control of Armenian forces of Karabakh. Nagorno-Karabakh is the longest-running post-Soviet era conflict and has continued to simmer despite the relative peace of the past two decades, with snipers causing tens of deaths a year.