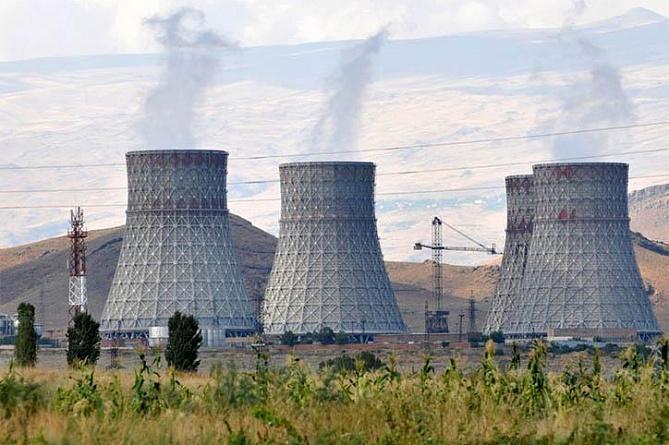 Rosenthal was quoted as saying that the reforms which are underway in the energy sector could open up opportunities for financing infrastructure development programs without state guarantees. He said the bank is interested in financing the re-equipment of high-voltage substations.

In a related development Armenian Deputy Prime Minister Tigran Avinyan received on March 5 French Ambassador  to Armenia Jonathan Lacote,  Alexander Gorbachev, an adviser on nuclear energy issues from  the French Atomic Energy Commission and representatives of the French company ORANO (formerly AREVA)  to discuss the possibility of deepening the Armenian-French cooperation in the field of nuclear energy.

Avinyan was said to have stressed the role of the Armenian nuclear power plant in the country’s energy production capabilities.

He also added that the government is considering the issue of building a new nuclear power plant in the future and attracting foreign partners for this project.

The Armenian Nuclear Power Plant is located some 30 kilometers west of Yerevan. It was built in the 1970s but was closed following a devastating earthquake in 1988. One of its two VVER 440-V230 light-water reactors was reactivated in 1995.

In March 2014, Armenian government decided to extend the plant’s service life up to 2026 because of delay in building a new unit. The service life extension has become possible thanks to Russia’s financial resources. The country provided $270 million to Armenia as a loan and $30 million as a grant.