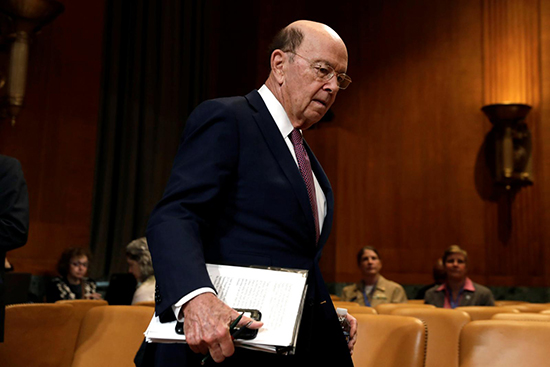 WASHINGTON (Reuters) – Chief executives of major companies said at a White House forum on Wednesday that they are hiring more Americans without college degrees as they search to find increasingly scarce applicants for open jobs.

The White House hosted CEOs of major corporations who joined a Trump administration advisory board on workforce issues, including from Apple Inc, IBM Corp, Lockheed Martin Corp, Siemens USA and Home Depot Inc, who are part of a 25-member board co-chaired by President Donald Trump’s daughter and adviser Ivanka Trump and Commerce Secretary Wilbur Ross.

“We have a chance to employ so many more people – and not always with a college degree, a less than a four-year degree will get a very good paying job in the new economy,” said IBM Chief Executive Ginni Rometty.

Apple CEO Tim Cook said nearly 50 percent of the people the company hired in the United States last year did not have a four-year degree.

“We never thought that the college degree was the thing that you had to have to do well,” Cook said, adding that “our founder was a college dropout,” an apparent reference to Steve Jobs.

Cook said he believed “strongly” that computer coding proficiency should be a requirement before U.S. students graduate from high school.

Lockheed Martin CEO Marillyn Hewson said of 14,000 people hired last year by Lockheed, half did not have a four-year degree and 6,500 were in manufacturing. The company has boosted workforce training, she said.

Trump said he wants to help companies find workers and he wants more high-skilled immigrants as U.S. unemployment remains low at 4 percent. “In one way, I love it,” Trump said of low unemployment. “But in another way, I don’t want to make it hard for you.”

Last month, the Bureau of Labor Statistics said U.S. job openings reached a record high in December at 7.3 million. The White House says the job openings present “a mismatch between the skills needed and those being taught, requiring immediate attention to help more Americans enter the workforce.”

The advisory board members will work “to develop and implement a strategy to revamp the American workforce to better meet the challenges of the 21st century,” the White House said.

Board members also include the chief executives of the U.S. Chamber of Commerce and the National Association of Manufacturers, as well as the governors of Iowa and Indiana, the president of the North America’s Building Trades Unions and the mayor of Charlotte, North Carolina, among others.