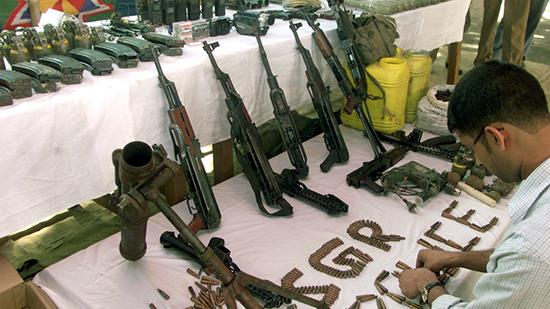 Pakistan’s intelligence had used Jaish-e-Mohammed terrorists to attack India while he was in office, former president Pervez Musharraf has admitted, as the militant group occupies center stage in the Kashmir cross-border tensions.

“Our intelligence men were involved in a tit-for-tat between India and Pakistan. They were carrying out bomb blasts in Pakistan and we were carrying them [in India],” Musharraf recalled, after being asked by a Pakistani journalist why he’d failed to take any action against Jaish-e-Mohammed (JeM) when he was in power between 2001 and 2008.

“Those were different times… And I also did not insist,” the former president added, despite confessing that he himself had been the target in one of the group’s unsuccessful assassination attempts.

JeM was formed just a year before Musharraf took office. Fighters led by Masood Azhar carried out repeated attacks in Kashmir, trying to split the state from the rest of India so it can join Pakistan. The group’s activity has been in the spotlight over the last three weeks, after it claimed responsibility for the February 14 Pulwama attack which left over 40 Indian paramilitary soldiers dead. The incident flared a new round of tensions between regional foes, with cross border fire and a midair dog-fight exchange.

Despite New Delhi’s repeated accusations that JeM is being coordinated by Islamabad, the current Pakistani government officially denies any ties to the jihadist network. “Jaish-e-Mohammed does not exist in Pakistan,” military spokesman Major General Asif Ghafoor claimed on Wednesday – just a day after Pakistan, under pressure from India, cracked down and arrested at least 44 members of “banned organizations.”