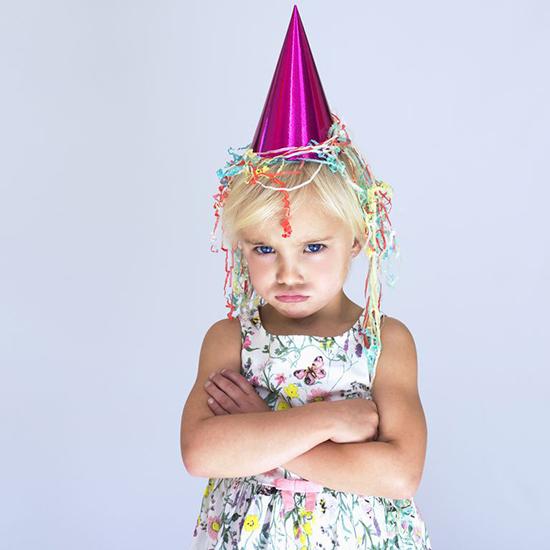 Meltdowns are par for the course during the ‘terrible twos’. But what if the tantrums keep coming? We ask the experts.

When your little ones reach a certain age, develop negotiation skills and start to try and reason with the universe, you may find yourself debating everything from why we need to wear a coat when it’s cold, to the health benefits of eating square meals instead of Cocoa Pops.

Ask any parent and they will confirm that it is a normal phase and toddler tantrums are par for the course. But while the ‘terrible twos’ are well documented, what if your furious child is unrelenting, and they keep having tantrums into their fourth, fifth and sixth year, or beyond? We ask the experts:

Why do kids have tantrums?

If your child is still losing their temper at the drop of a hat well past the toddler years, it can be embarrassing and upsetting, but is it cause for concern?

As adults, we sometimes have trouble with those cognitive functions, yet most of us lose our temper at some point, which is deemed normal, if not always acceptable. In a child, however, it’s somehow seen as ‘red flag’ behaviour, despite the fact their brains have not yet reached maturity.

Tantrums and meltdowns still occur in preschoolers, school-aged children and certainly in teenagers.

‘It can be very embarrassing and upsetting if your older child is still having tantrums after their toddler days are over,’ says child development and parenting expert Dr Rebecca Chicot, co-founder of Essential Parent and author of The Calm and Happy Toddler: Gentle Solutions to Tantrums, Night Waking, Potty Training and More.

‘However, tantrums and meltdowns do still occur in preschoolers, school-aged children and certainly in teenagers,’ adds Dr Chicot.

‘There is a welcome period of calm before the hormonal teenager years from around eight years old, because most children have developed the communication skills to express their feelings, are able to delay gratification, have learned to regulate their feelings of anger and fear and are able to understand complex concepts like future rewards and other people’s points of view.’

The two types of tantrum

While a screaming toddler might not seem that different to a frustrated 10-year-old, the type of tantrum they experience is telling. ‘There are two types of tantrum,’ says psychologist Anna Hamer, who runs parenting workshops.

The first, more common to toddlers and pre-schoolers, is about power and control. You want her coat on; she, despite being blue with cold, absolutely insists she doesn’t want to wear it – sound familiar?

The second, which we see more in older children, is when they have a tantrum because they are overcome with emotion – anger, frustration, sadness – and do not yet have the biological or psychological ability to process it. Cue meltdown.

‘When a child becomes emotionally overloaded, they go into what’s known as the limbic brain, also known as the “hot” brain because it’s the part that deals with emotions,’ explains Hamer. ‘It’s impossible to think logically when this happens – they’re literally out of their minds, by which we mean the “thinking” prefrontal cortex, or rational brain.’

‘This is why it’s absolutely impossible to reason with a child who is in the grip of a tantrum,’ she adds. ‘And if your child is hungry or tired, it exacerbates the situation – think about how you react to potential trigger situations in a low blood sugar moment or after several nights of broken sleep.’

Tantrums in four and five year olds are particularly difficult to handle because often we credit the child with more maturity than they really have – one minute, they’re chatting away about best friends and party plans, the next they’re screaming blue murder because their favourite leggings are in the wash.

It’s all part of their developing emotional landscape, and if it comes out worst of all with you, take it as a backhanded compliment – they are secure enough in your love to be able to show you their absolute worst side, safe in the knowledge you (probably) won’t leave them in Tesco.

While your irate child may come across as completely unreasonable, there are a few ways you can negotiate and defuse the situation.

‘It isn’t a good idea to threaten or punish a child who is in the throes of a tantrum,’ says Dr Chicot. ‘They’ve lost control of their emotions and will probably feel anxious and afraid of how they feel, and as frustrating as it is to hang onto rational thought in the face of such irrational behaviour, from an adult perspective, if you start shouting too the situation will escalate.’

The following tips from Dr Chicot should help:

✔️ Stick to gentle routines and boundaries. The key here is to keep them simple and achievable. The less chaos and stress in a child’s day, the less out of control they feel.

✔️ Try to identify tantrum triggers. For example, if your child goes into meltdown before swimming class every week, it might be too advanced or stressful for them right now – discuss with your child whether they’d like to take a break and help them feel they’re being listened to.

✔️ Help your child feel in control. Encourage them describe how they feel and why they’re feeling it. Then ask them to imagine that “hot” emotion screwed into a little ball that’s getting smaller and smaller. It’s very empowering for them to understand that they are in charge of their emotions and not the other way around – and for parents to be able to help them with this (this exercise won’t work with a two-year-old, for instance).

✔️ Be kind, calm and sensitive. It’s hard in the face of a roaring, physical child, but the safer they feel, the sooner the tantrum will blow over. You’ll feel much better about how you handled it, too.

When to seek help

If you are still struggling or your child’s behaviour becomes particularly extreme, you may need to seek help.

‘If your child can’t calm down, injures themselves or other people or damages property while in the grip of a tantrum, it’s worth getting advice from a child psychologist if behaviour is very extreme,’ says Hamer. ‘Often, though, a parent coaching course to help you develop consistent strategies to cope with your child and offer support while you do it is enough.’

For additional support, try one of the following resources: