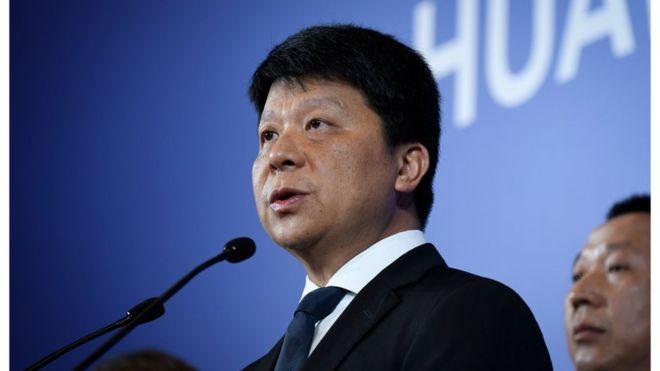 Huawei has filed a lawsuit against the US government over a ban that restricts federal agencies from using its products.

It said the US failed to provide evidence to support the ban, and the firm also rejected claims it had links to the Chinese government.

The US has restricted the use of Huawei products over national security concerns.

It has also been lobbying allies to shun the Chinese telecoms firm.

Huawei is one of the world’s largest telecommunications equipment and services providers.

The lawsuit is part of a wider push by the company in recent months to challenge claims its products pose security risks.

“The US Congress has repeatedly failed to produce any evidence to support its restrictions on Huawei products. We are compelled to take this legal action as a proper and last resort,” Huawei Rotating Chairman Guo Ping said in a statement.

“This ban not only is unlawful, but also restricts Huawei from engaging in fair competition, ultimately harming US consumers.”

Speaking at a press conference in Shenzhen, Mr Ping also accused the US government of misleading the public about Huawei and of hacking its servers.

What does the lawsuit say?

Huawei is challenging the constitutionality of Section 889 of the National Defense Authorisation Act. The complaint has been filed in a US federal court in Texas.

Huawei also rejected claims it had any links to the state, saying in a statement the firm was “not owned, controlled, or influenced” by the Chinese government.

What are the other points of contention?

In addition to restricting the purchase of Huawei products, the US is also pursuing criminal charges against the firm and its chief financial officer Meng Wanzhou.

Ms Meng, who is the daughter of Huawei’s founder Ren Zhengfei, was arrested in Canada in December, at the request of the US.

She was detained on suspicion of fraud and breaching US sanctions on Iran and faces extradition to the US.

Huawei denies any wrongdoing and Mr Ren recently told the BBC that his daughter’s arrest was politically-motivated.

That possibility was also raised by Ms Meng’s lawyer in her scheduled court appearance in Vancouver on Wednesday.

US President Donald Trump said in December he could intervene in Ms Meng’s case if it helped to avoid a further decline in US relations with China.

How has Huawei reacted?

The lawsuit is part of a broader, more aggressive strategy by the Chinese tech giant to counter what it sees as an American “smear” campaign.

It has taken out ads in the foreign press and invited foreign journalists to visit its campuses as part of new public relations push.

In perhaps its most striking move, it appealed to the American public in a full-page ad in the Wall Street Journal, telling them not to “believe everything you hear.”