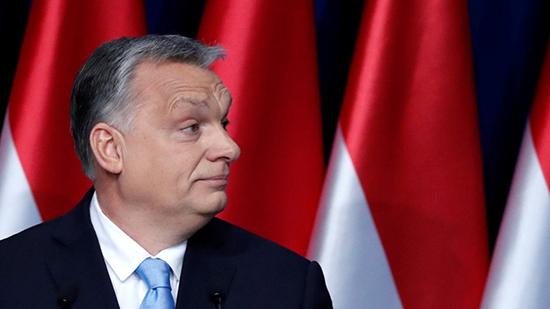 Russia  Today
The European People’s Party is threatening to expunge its Hungarian member, the ruling Fidesz, unless its leader stops harassing Brussels and George Soros. The Hungarians have rejected the ultimatum.

The EPP is a “party for parties” uniting national conservative movements into a single entity, which currently has the largest representation in the European Parliament. Many of its members were offended by a campaign launched by the Hungarian government, which links Brussels’ immigration policies with billionaire George Soros, a known advocate of freedom of migration and a highly vilified figure in Hungary.

The campaign launched ahead of the European Parliament elections in May, prompted many EPP members to call for the expulsion of Fidesz from its ranks or at least suspension of its membership.

Manfred Weber, the German MEP, who leads the EPP faction in the European Parliament, told Bild his party had three demands for Hungarian Prime Minister Viktor Orban, which he must meet if he wants to keep his party part of the “EPP family.”

Orban, Weber said, “must immediately and definitively stop his government’s anti-Brussels campaigns,” apologize to other parties that comprise the EPP, and welcome back the Central European University, the Soros-funded organization that stopped all operations in Hungary and moved to Vienna last year under pressure from Orban’s government.

Weber added that if Fidesz is indeed kicked out of the EPP, which may happen as soon as March 20, that should be taken as “Viktor Orban leaving the EPP, not the other way around.”

Responding to the threat, Tamas Deutsch, a co-founder of Fidesz and a serving MEP from Hungary, said he didn’t expect his prime minister to fold.

“This is not a kiddy party, where you pulled on my pony tail and it hurts. Manfred Weber is a lot more serious than that,” he told private television channel ATV.

Deutsch added Fidesz was open for dialogue and saw itself as part of the EPP. Asked about how it would deal with potentially being expelled, he said “one crosses the bridge when one gets there.”