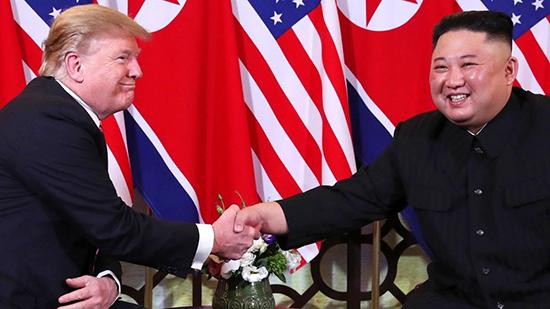 U.S. President Donald Trump said Wednesday he would be “disappointed” if reports that North Korea is rebuilding a missile engine test site are true.

Trump made the remark at the White House when asked about two U.S. reports that North Korea is rebuilding the Sohae satellite launching facility, which it began to dismantle last year.

“We’ll take a look,” he said. “It’ll ultimately get solved.”

The summit was cut short without an agreement due to differences over the extent of denuclearization and sanctions relief each side could commit to.

The North Korean leader offered to dismantle the Sohae facility during his first summit with Trump in Singapore in June, and again at his third summit with South Korean President Moon Jae-in in September.

Dismantling activity began some time after the Singapore summit and then stopped in August, according to researchers.