Crude oil prices have gone up twenty-seven percent from their Christmas week lows. Many analysts, company representatives, and OPEC officials see them rising further. The 1.2-million-barrels-per-day cut in oil production instituted in January by OPEC members and other countries (OPEC+) has encouraged these views.

The question is, can prices rise further? S&P Global Platts is skeptical. The headline of a report published February 15 read, “Oil market forecasters largely bearish on 2019.”[1] The article began, “The three most closely watched oil market forecasters are all bracing for a significant upsurge in non-OPEC supply growth but differ on the extent that global oil supply will outweigh oil demand.”

The reports cited by Platts were published by the US Energy Information Administration (EIA), the International Energy Agency (IEA), and OPEC. As readers know, these organizations project volumes. With the exception of the EIA, the price forecasts behind the outlooks are not published. As can be seen from Figure 1, the EIA does not anticipate significant price changes. The agency’s forecast issued February 12 saw Brent averaging $62 per barrel and WTI around $52. Circumstances have changed a little since the EIA forecast was issued. Brent traded for $62 per barrel at the time of the forecast and WTI for $52. Two weeks later, the prices of both crudes had increased by $5. On February 22, Consensus Economics (CE) issued the February edition of its Energy and Metals Consensus Forecast. The projections of thirty-three forecasters (including PKVerleger LLC) were collected for the report. The survey was circulated February 11, and responses were due February 18. Actual prices were $4 per barrel higher on February 18 than when the EIA issued its report. Not surprisingly, the mean of the CE forecasters surveyed was about $5 per barrel higher than the EIA forecast.

Figure 2 compares the EIA projections with the mean of the projections submitted to CE. Note first that CE observations are shown only for the months of March, June, September, and December. This results from the more limited nature of the CE survey, which asks only for forecasts for those months.

The difference that stands out between the forecasts relates to the EIA’s expectation of a price revision in June. The agency sees the recent increase in prices as an “excursion” away from its base expectations. This is consistent with Platts’ bearish view for oil prices for 2019.

One should also note that the EIA expects the difference between Brent and WTI to decline to $4 per barrel from the present $10 spread. This expectation is wildly at variance with recent market expectations and, as noted below, fails to account for the growing surplus of light tight oil (LTO).

One needs to ask first, though, whether the bearish view is correct? My answer today is probably not. I offer three reasons for this skepticism.

– First, the EIA forecast, as well as most of the projections supplied to CE, do not allow for the conditions driving oil price movements. With the exception of my efforts, I know of no attempts to quantify the causes of price swings. I have offered two explanations based on economic modeling over the past five years. Both methodologies point to higher prices if current trends continue. In one case, one can see Brent rising to $83 per barrel.

– Second, the EIA forecast is inconsistent with the global inventory decline projected by the agency. As I have noted in the past, changes in inventories along with changes in global demand, open interest and, most significantly, price volatility, are the key drivers of oil prices, absent other external events.

– Third, the implementation of the IMO 2020 marine fuel sulfur regulation next January is a serious external event that will affect crude prices significantly. I suggest the rule will have a noticeable price effect.

The great virtue of econometric models is they allow one to perform “what if” types of tests. Here I conducted three tests. First, I examined the impact of volatility falling to the lowest level observed. Second, I computed the price impact if open interest increased by one million contracts with the low volatility. Finally, I computed the price level that would be observed if inventories dropped by five million barrels in addition to the decline in volatility and increase in open interest. The results are striking.

– A decline in volatility to the lowest level recorded, which would put the index at twenty, would take Brent from its current level to $73.70, an increase of $6.70 per barrel.

– An increase in open interest of one million contracts that coincided with the decline in volatility would take Brent to $81.60 per barrel, a further $7.90-per-barrel boost.

– Finally, a decrease in inventories of five million barrels in addition to the two previous factors would take prices to $85.50 per barrel.

These tests provide an answer to the question posed in the title regarding the direction of crude prices, “Where Now?” The answer from econometric models is up to $80 per barrel over the next two years (see Table 1). The factors that will push them higher are these:

– Economic growth: The EIA forecast of global crude consumption used as an input to the but-for model pushes up global consumption.

– OPEC+ supply cuts: The cuts in oil production announced by OPEC and assumed to continue by the EIA lead to lower stocks, which will result in a decline in days of supply of global inventories, a key determinant of oil price movements.

– Lower price volatility: Declines in price volatility will reduce the need by the firms that write puts to sell oil futures to remain delta neutral. The decrease in volatility combined with the rise in prices reduces the downward pressure on futures prices.

– Investor optimism: The rise in the BPT share price indicates that some investors may be waking from their long hibernation. Their optimism could push prices even higher.

Hanging over the market, though, is a black cloud in the form of a tweet. The “Trump Call” remains the greatest threat to the oil market. If gasoline or diesel prices rise to levels deemed excessive at the White House or Mar-a-Lago, one can expect new tweets demanding that OPEC boost production. The White House (or Mar-a-Lago) might even move to release heavy crude from the US Strategic Petroleum Reserve to lower prices. President Trump’s tweets have had and will continue to have a substantial impact on the market, one that may forestall any near-term crude oil price increases.

Oil Prices Set To Head Even Higher As Market Tightens 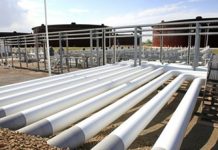 Turkey close to reaching deal with Azerbaijan on FX swap, in talks with Russia, Britain