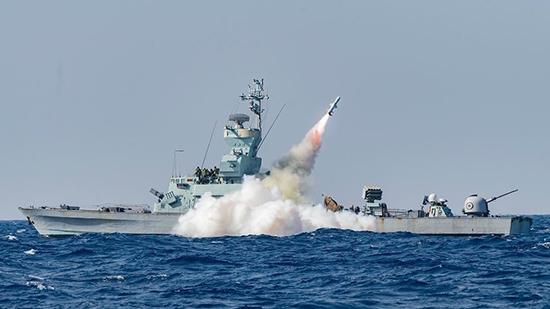 Prime Minister Benjamin Netanyahu says Israel is prepared to throw the power of its naval force – and urges the world to join in – to block the Iranian oil shipments circumventing unilaterally imposed US sanctions against Tehran.

“Iran is trying to bypass the sanctions on it through the covert smuggling of petroleum via the sea. As these attempts expand, the navy will have a more important role in efforts to block these Iranian actions,” Netanyahu said at a navy cadets’ graduation ceremony in Haifa on Wednesday.

Failing to explain how exactly Israel’s relatively small naval force would impose the suggested blockade against Iranian oil tankers, Netanyahu only emphasized that Israeli sailors are well-trained and adept at carrying out sea missions against adversaries.

Washington sanctioned Iran’s oil, shipping and banking industries last November after President Donald Trump pulled out of the 2015 JCPOA ‘Iran Nuclear Deal’ to applause from Israel and to strong objections from the other signatories of the milestone accord and from Tehran’s business partners.

Aiming to reduce Tehran’s oil exports to “zero,” the US threatened global oil buyers with secondary sanctions. Then, after the pressure failed to achieve expected results, a handful of countries were granted a special exemption, with Washington generously allowing them to continue buying crude from Tehran, for the time being.

Furious at American bullying tactics, Iran’s armed forces have said they will protect its fleet of oil tankers against any threats that might jeopardize the shipments. Tehran is especially committed to ensuring safe passage through the narrow Strait of Hormuz, which links the Persian Gulf with the rest of the world.

To tackle what it called Iran’s “illicit” economic activity at sea, Israel would need to expand its operating theater. Currently, the country is primarily active in the Mediterranean Sea and the Red Sea areas. Whether or not such potential Israeli missions would yield success is questionable, as Iran has far more superior capabilities at sea.