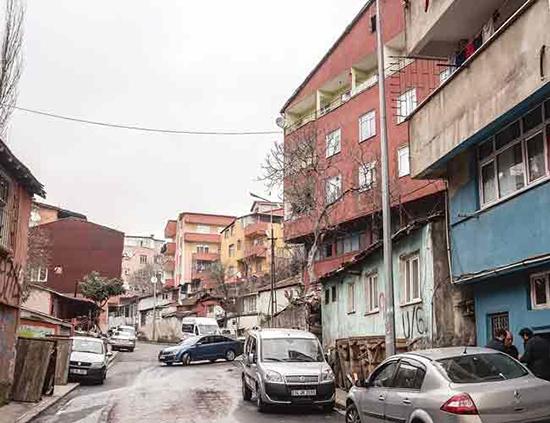 A group of people have been handing out thousands of Turkish Liras for almost a month to residents of Hasköy, a quarter on the northern bank of the Golden Horn in Istanbul’s Beyoğlu district, on behalf of an anonymous man.

“I do not know who is doing this but thanks to him many households are filled with joy. The world needs more people like this,” a resident told Demirören News Agency on March 4.

Naming the secret man as “Hızır” (means Godsend) among themselves, the Hasköy locals appreciate the donations endowed in envelopes, each including at least 1,000 Turkish Liras (around $185).

“I have never seen anything like this during my 40-year-long residence in this neighborhood. This should be exemplary to other businessmen. At least 20 families received donations that we have heard of but the number is higher than that,” said another resident Yaşar Bilgin.

According to another resident, the secret beneficent determines households in need and donates money in accordance with their level of impoverishment.

While some households only received one envelope, the more disadvantaged ones received up to three envelopes, locals said.

“I was up for the morning prayers. As I got out of the house, I saw some people talking with my sister. They said that they have given the money for our grocery needs. I thought that the envelope had at most 200 liras (roughly $37). But when I took a look at it, I saw that the envelope included 1,000 liras,” said Paşa Ali Bilgin, another resident of Hasköy.

When Bilgin asked about the money’s source to the person who delivered the envelope, he was told that the name of the “boss” could not be revealed.

“There have been some households that they have bypassed but many families have received donations. I am one of the bypassed ones. I think that the benefactor is an old resident of the neighborhood who did not forget about his roots as he got richer. Otherwise, it is not possible for an outsider to know the ones in need,” said Oğuzhan Erzurumlu, another resident.