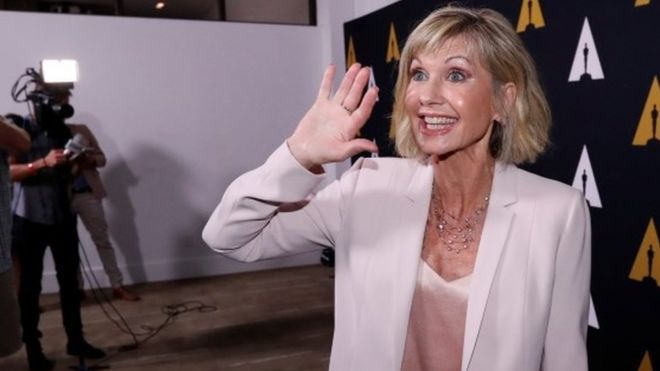 Olivia Newton-John has opened up about her experience with stage four breast cancer, and the fractured pelvis that she has been recovering from for the past six months – a side effect of the weakening of her bones due to cancer treatment.

The Australian star, 70, best known for her portrayal of Sandy in 1978 classic Grease, spoke to People about her health challenges, which led to false tabloid reports that she had died in January.

“My friends were calling and believing this stuff. I had to say, ‘You really think if it was that bad you wouldn’t know?'” she said. It led her to post a video to Instagram at the time to dispel the fake news, laughing as she declared, “The rumours of my death have been greatly exaggerated.”

The star was first diagnosed with breast cancer in 1992 and secretly overcame another bout in 2013.

In May 2017, she was diagnosed for a third time and is currently in the midst of treatment for the aggressive form of the disease that doctors say is incurable, but can be managed through treatment.

While taking part in a cancer walk for her Olivia Newton-John Cancer Wellness and Research Centre in Melbourne in September, Newton-John discovered her pelvis had been fractured. It meant the four-time Grammy winner had to spend her 70th birthday in the hospital that she helped create, instead of at the party she had planned.

“I never say ‘Why me?’ I was like, ‘Wow, I’m in my hospital that I’d dreamt of building for people to have rest and peace and there I was getting the best care.’ It was quite magical,” she said.

She is now back home with her husband John Easterling, keeping up with holistic treatments that include herbs and medicinal cannabis, and taking oral cancer medication prescribed by her oncologist.

In late January, Newton-John was recognised on the Australia Day honours list, receiving the highest accolade: a Companion of the Order of Australia, for her service to community health, particularly people living with cancer, and her work in the arts.

“To be presented with this esteemed recognition by the Governor-General fills me with gratitude and pride to be Australian,” she said in a statement.

Last May, she was bestowed with an honorary doctorate at Melbourne’s La Trobe University, also in recognition of her significant and ongoing support of cancer research.