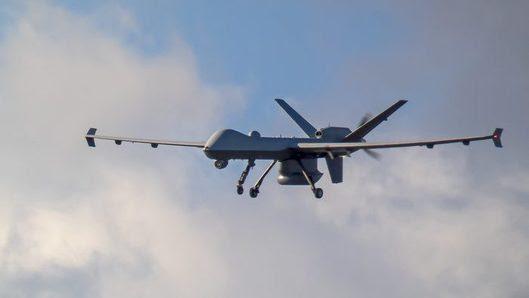 Russia  Today
US President Donald Trump has revoked the executive order requiring public reports on civilian casualties in drone strikes carried out by the CIA, as well as US military.

The new executive order, issued Wednesday, revokes the reporting requirement introduced by President Barack Obama in July 2016.  The action required the Director of National Intelligence to release an unclassified summary of US strikes against terrorists “outside areas of active hostilities” and assessments of non-combatant deaths caused by those strikes.

The Pentagon still has an obligation to report on civilian casualties caused by US military operations, as it is mandated by the National Defense Authorization Acts of 2018 and 2019, Trump’s executive order noted.

In a statement commenting on the decision, the White House National Security Council said that the order removes “superfluous reporting requirements” that “distract our intelligence professionals from their primary mission.”

Obama’s former NSC spokesman Ned Price was furious, however, arguing that the reporting requirement allowed the US to “counter disinformation from terrorist groups with facts about the effectiveness and precision of our operations.”

Canceling the reports will allow the Pentagon to conduct military engagements without any “accountability,” Brian Becker, the national co-coordinator of the anti-war Answer coalition told RT, noting that Trump seems to be already betting on a “tough guy” image for the 2020 campaign.

“These wars are so important that we don’t actually need to tell you about them” is the narrative Trump is trying to push, Becker said. “Donald Trump wants to be able to have the Pentagon commit war crimes, and crimes against humanity and do so with complete immunity and impunity.”

The targeted drone program was created during the George W Bush administration and flourished under President Barack Obama, who even acquired the title ‘King of Drones’ from anti-war activists. When Trump took the reins he was not quite eager to dismantle the legacy of his predecessor and further increased drone operations.

The Obama-era restrictions on drone use, however, have been loosened even further; in March 2017 Trump designated Yemen and Somalia as areas of “active hostilities.” Since 2013, a sign-off procedure with the White House was required for strikes in countries not deemed to be active war zones and now drones freely roamed these two countries.

The strikes are not exactly precise, as one in three deaths inflicted by them in Yemen were civilians, including children, AP reported in November last year. While military officials have repeatedly claimed that such operations are supposed to lower civilian casualties, the statistics of the killer UAVs usage tells another story. For example, in a shocking 2014 figure on Pakistan and Yemen, provided by the human rights group Reprieve, US drones killed an estimated 1,147 people while – repeatedly – trying to take out 41 men with links to terror groups. Several of them even managed to live through repeated “targeted” attacks which killed no one but civilians.