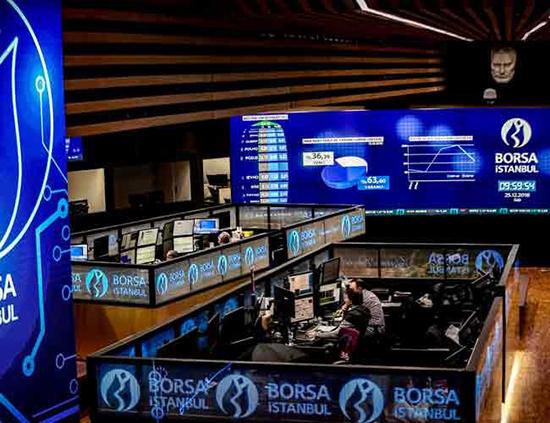 The Organization for Economic Co-operation and Development (OECD) has revised its 2019 forecast for Turkey’s GDP growth, predicting a sharper downward trend than in previous reports, the Diken newspaper reported.

The OECD on Wednesday released its “Interim Economic Outlook” in which it forecast the Turkish economy would contract by 1.8 percent in 2019, whereas it was expected to shrink 0.4 percent according to the previous report.

This gap of 1.4 percent between two reports was the biggest revision seen among OECD members.

The report highlighted the sharp decline in manufacturing and internal demand seen in Turkey since mid-2018, when the economy was hit by a currency crisis that saw the lira’s value plummet by as much as 47 percent against the dollar.

Faced with the crisis, Turkey’s central bank had to significantly hike interest rates.

Since then the lira has slightly rebounded and the financial markets have been stabilized even though the low confidence, considerable debt burden on companies and tight monetary policy adopted in the aftermath of the currency crisis as well as low demand in the Euro zone all contributed to the weakening of internal and external demand, according to the report.