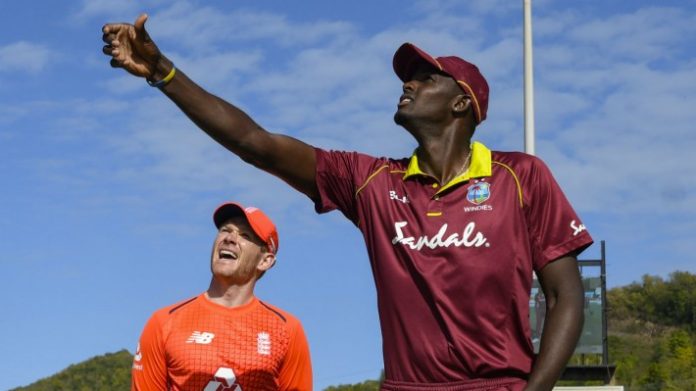 England have taken a 1-0 lead in the three-match Twenty20 series against the West Indies after a four-wicket victory in St Lucia.

The Windies scored 160-8 from their 20 overs and in reply England reached 161-6 with seven balls remaining. Jonny Bairstow hit an “eye-catching” 68 from 40 balls, the BBC reports, his highest score in an international T20 match.

England captain Eoin Morgan said: “I thought the bowlers were magnificent. Taking early wickets really did put us on the front foot because it’s something we’ve struggled to do this whole white-ball tour.

“I thought our seam bowlers did an incredible job, then followed up by a fine spell of bowling from Adil Rashid. Chris Jordan came back in and bowled really well and Tom Curran took four, but I thought Adil did really well.”

When are the next T20 games?

After defeat in the Tests and a draw in the one-day internationals, England will look to end their Caribbean tour with a victory in the T20 series. The second and third T20 matches will be played on 8 March and 10 March at Warner Park in St Kitts and Nevis. Both matches start at 8pm GMT.

Results and fixtures (all times GMT)

Jose Mourinho: Why Roma job will be like no other for former Chelsea, Manchester United & Tottenham boss