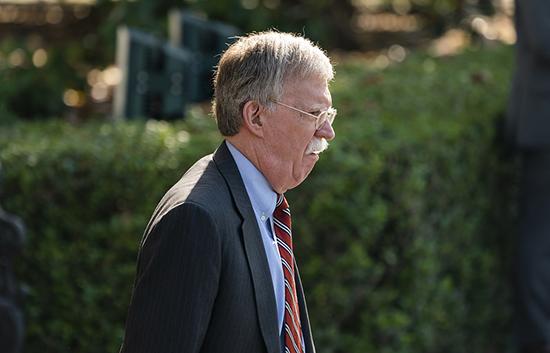 Bolton made the remark in an interview on Fox News, noting that the president had been ready for a “big deal” to exchange North Korea’s complete denuclearization for a “bright future” for the country.

“President’s obviously open to talking again,” the adviser said. “We’ll see when that might be scheduled or how it would work out. But he thinks the deal is there if North Korea is prepared to look at the big picture.”

Trump and North Korean leader Kim Jong-un held their second summit in Hanoi, Vietnam, on Feb. 27 and 28, but failed to reach an agreement on dismantling the regime’s nuclear weapons program.

“I think the North Koreans obviously would like to give up as little of their nuclear, biological and chemical weapons and ballistic missile programs as they could in exchange for very broad sanctions relief, and that’s basically what they asked for,” Bolton said. “President wasn’t buying it.”

CNN reported this week that the North Koreans became desperate for a deal once Trump decided to cut the summit short and walk away.

Citing unidentified U.S. officials and another source, the broadcaster said North Korean Vice Foreign Minister Choe Son-hui shuttled between Kim and the U.S. delegation with an offer to dismantle the entire Yongbyon nuclear facility in exchange for sanctions relief.

Bolton said he’s unaware of such an exchange.

“I don’t think there was any last minute push,” he said. “Kim Jong-un had presented a formula that the North Koreans have tried before. It was unsatisfactory. You know what they’d like is relief from the economic sanctions, and compliance with what we want, which is full denuclearization, comes later. That’s been a path prior North Korean regimes have used to get a lifeline for their economy.”

Bolton echoed Trump’s remarks Wednesday that it would be “very, very” disappointing if reports that North Korea is rebuilding a missile engine test site are true.

“Obviously we have a lot of ways of getting information,” he said. “We’re going to study this situation carefully.” (Yonhap)