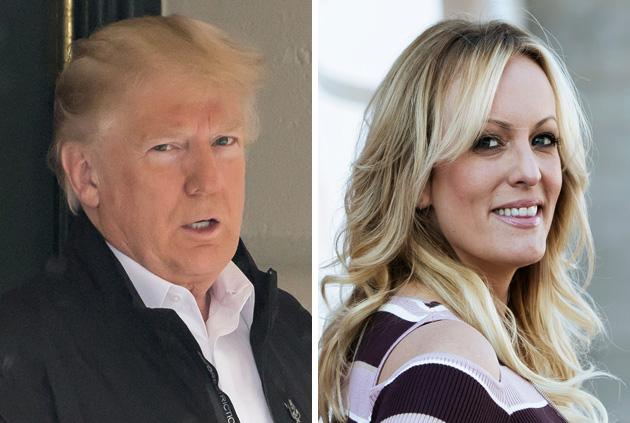 The much spotlighted and multi-tiered legal battle between Donald Trump and Stormy Daniels is over – with both sides getting what they want.

“The Court therefore REMANDS this case to Los Angeles Superior Court,” the federal judge added. The move back to state court essentially kills the high-profile case over the $130,000 that soon-to-be convict Michael Cohen paid the real named Stephanie Clifford back in 2016 as hush money over a one-time tryst with Trump.

For the current President of the United States, Judge Otero’s order is exactly what he and his once long-time fixer Cohen wanted in the March 2018 originating case. Though the whole thing might feel a bit sour to Trump coming on the same day that Cohen sued the Trump Organization after being denied $1.9 million in fees once he started cooperating with prosecutors probing the President’s shadowy business and political dealings.

In many ways, this was a dead letter office lawsuit once Trump proclaimed in September of last year that he no longer had any intention of actually enforcing the NDA with Daniels that Cohen had put together.

The fact is that the move from Trump’s lawyer Charles Harder came after the Michael Avenatti represented Daniels herself had pretty much been acting like the NDA was moot too. A stance the actor specially reinforced in the media and on the printed page with the detailed description of her alleged 2006 romp with Trump and their subsequent contact in her October published Full Disclosure memoir.

Having flipped on his old boss, Cohen has admitted for months that he made the payment to Daniels so she wouldn’t make the affair with Trump public and derail his successful 2016 campaign. Then and now, the rarely consistent Trump continues to deny he ever had an affair with Daniels.

“The US District Court confirmed today that the claim against the President has no basis in law,” said Harder in a statement provided to Deadline. “Combined with the attorneys’ fees and sanctions award in the President’s favor totaling $293,000, the President has achieved total victory,” added the attorney, who delivered a multi-million dollar win to Hulk Hogan in his 2016 case against Gawker for posting parts of a sex tape that was certainly no Wrestlemania.

Taking the stance that that victory is like beauty in the eye of the beholder, Avenatti declared Thursday that Daniels was the real winner in this one:

No stranger to the intimacies of Trump and Daniels AKA Clifford, Judge Otero was the same judicial official who dismissed the Full Disclosure author’s defamation suit against POTUS back in October. In coming up short in the case of the barbed tweets from Trump, Daniels has been ordered to pay $293,052.33 in attorney’s fees for the supposed billionaire.

Taking any potential sunshine out of the White House, today’s ruling on the Daniels’ case in California also comes as Trump’s ex-campaign chair Paul Manafort got four years in jail for tax evasion and bank fraud.