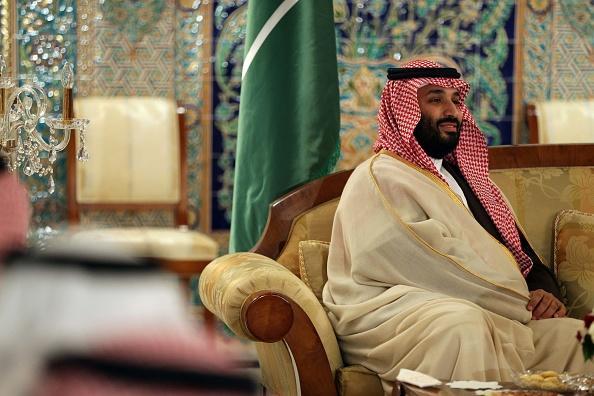 All 28 European Union member states, together with a handful of other countries, signed a statement in the United Nations Human Rights Council on Thursday condemning Saudi Arabia’s human rights record.

The statement called on the kingdom to release many of the activists currently jailed in the country and for Saudi Arabia to cooperate with a United Nations investigation into the murder of Saudi journalist Jamal Khashoggi, who was murdered in the Saudi consulate in Istanbul, Turkey, in October 2018.

“The circumstances of Mr. Khashoggi’s death reaffirm the need to protect journalists and to uphold the right to freedom of expression around the world,” the statement, signed by 36 countries, reads.

“We call on Saudi Arabia to take meaningful steps to ensure that all members of the public, including human rights defenders and journalists, can freely and fully exercise their rights to freedoms of expression, opinion and association, including online, without fear of reprisals.”

The statement was in stark contrast to President Donald Trump’s position on the matter. Trump has continued to stress the need for the United States to maintain its traditional alliance with Saudi Arabia despite the killing, and has taken no steps to punish the country’s young crown prince for the incident.

U.S. intelligence agencies have reportedly determined that Saudi Arabia’s Crown Prince Mohammad bin Salman was behind the murder, which took place when Khashoggi, a U.S. resident, entered the Saudi consulate to obtain documents for his upcoming marriage.

On Monday, members of the Senate Foreign Relations Committee were once again briefed by White House officials on the Khashoggi murder. Afterward, several senators exited the meeting evidently furious. Republican Senator Lindsey Graham called the hearing “worthless,” and Democratic Senator Bob Menendez said the hearing was “a waste of time.”

The Trump administration missed a deadline last month to send a report to Congress about who it blamed for the murder, and some critics have said the administration could be in violation of the Global Magnitsky Act, which gives the U.S. government authority to sanction foreigners responsible for human rights violations. When lawmakers trigger the Magnitsky Act, the president is required to investigate and provide a detailed report to Congress within 120 days. The Trump administration failed to do in this case.

This week, Trump’s nominee for ambassador to Saudi Arabia also stressed that the U.S. must continue to engage with the Kingdom.

“This is not to say that I am unaware of the challenges facing the U.S.-Saudi partnership today,” retired Army General John Abizaid, Trump’s pick for the ambassadorship, told the Senate Foreign Relations Committee on Wednesday.

“War in Yemen, the senseless killing of Jamal Khashoggi, rifts in the Gulf alliance, alleged abuses of innocent people, to include an American citizen and female activists, all present immediate challenges…. Yet in the long run, we need a strong and mature partnership with Saudi Arabia,” Abizaid continued.

Amid the furor, Trump’s son-in-law and adviser Jared Kushner, who has a close relationship with the crown prince, traveled to Saudi Arabia to discuss an alleged peace plan for the conflict between Israel and the Palestinians and economic development in the Middle East.

At least 10 female activists are currently jailed in Saudi Arabia, and some have been subjected to torture, according to human rights observers. Meanwhile, Walid Fitaihi, a dual U.S.-Saudi national, has reportedly been jailed and tortured in the Kingdom.