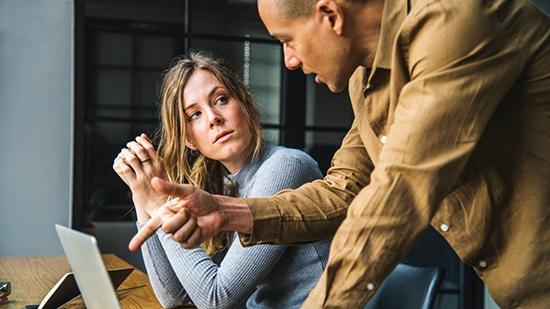 Some men love to mansplain, even when they are spouting entirely inaccurate information to women about their own bodies. From vaginas to tampons and childbirth, these mansplainers need to do some research.

The most recent incident involves a man using math to ‘accurately’ calculate how many tampons a woman requires per month. Now, one would imagine that those who experience monthly periods would be best placed to know how many tampons are required per cycle, but try telling that to this guy, who conducted his flimsy research in a bid to argue women should shut up moaning about having to pay for sanitary products.

According to the maths whizz, women only need seven tampons per month, 10 if they have “an extra juicy uterine lining.” In reality, this could see women dropping dead of toxic shock syndrome left right and center, as it’s caused by leaving a tampon in more than the absolute maximum time of eight hours. He also claimed women have nine periods per year, perhaps getting confused with the length of a pregnancy.

When eagle-eyed mansplainer Paul Bullen spotted a Guardian article called, ‘Me and My Vulva’ in February, he just had to weigh in, tweeting, “the correct word is vagina.”

A vagina is the canal inside a woman where a baby comes out, while the outer genitalia is the vulva. While vagina is often used as a catch-all term to refer to the general area, it is incorrect. The article in question featured photographs of 100 women’s external genitalia.

Despite being corrected by multiple vulva bearers, a gynecologist and linguistics experts, Bullen doubled down and continued to argue that he was right and they were wrong. He then began to mansplain what mansplaining is.

In a less intimate example, a man recently pounced on a tweet from a woman who sarcastically wrote that comic book character The Predator should smile more. She was making a point about the instances where some men tell women they should smile more.

The man was triggered and tweeted her to explain that the Punisher’s backstory made her point moot. Awkwardly for the man, the woman he tweeted was comic book writer Gail Simone, who had penned a number of Punisher comics and was well aware of the character’s backstory. It took the guy a while to realise who he was talking to, but he apologized once he caught on.

In a Twitter thread calling for women to give their worst mansplaining examples in 2017, one woman replied that “a man explained to me that childbirth was no different than pooping.” The man was, somewhat alarmingly, a paramedic who had no idea what childbirth feels like.