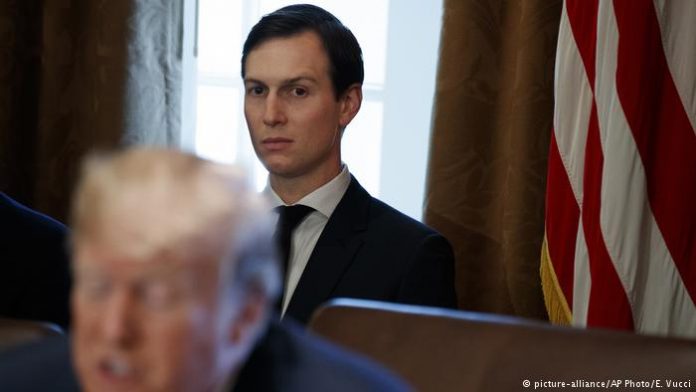 It doesn’t seem like the kind of thing Jared Kushner would forget. On Dec. 13, 2016, Donald Trump’s son-in-law met with Sergey Gorkov, the head of a multibillion-dollar state-run Russian development bank, who was in the U.S., the bank later said, as part of a new investment strategy. To memorialize the event, Gorkov even gave Kushner a piece of art and a bag of dirt from the village where Kushner’s grandparents had grown up. But just one month later, Kushner failed to report the meeting when he applied for permission to view the U.S. government’s most closely held secrets.

The episode is emerging as a key moment in what Democrats allege was a much larger Russian effort to exert influence over Trump’s inner circle as the President-elect’s team prepared to take office in late 2016. As part of a wide-ranging probe into security clearances, House Oversight chair Elijah Cummings is expected to issue the Democrats’ first subpoena of the Trump White House for information about the meeting and other contacts, committee member Gerald Connolly tells TIME. Cummings already has demanded all the documents Kushner provided in his security-clearance application as well as those he gave the White House after the request was rejected. In response, Trump’s White House lawyer said Congress was overstepping its authority by casting such a wide net, and Trump called the security-clearance investigation “presidential harassment.”

But the Gorkov meeting and Kushner’s failure to report it helped accelerate the FBI’s investigations of Russia’s 2016 influence operations, including the inquiry that special counsel Robert Mueller took over five months later, two sources familiar with the probes tell TIME. The Gorkov meeting, and others held by Trump transition figures with then Russian ambassador Sergey Kislyak, these sources say, helped make what had been a relatively slow-moving counterintelligence investigation a top priority.

At issue, these and four other intelligence and law-enforcement officials say, is whether Russia used the business interests of Trump, Kushner and others in an attempt to influence U.S. foreign- and national-security policy, like trying to ease sanctions, soften U.S. opposition to Moscow’s expansionist aims and limit American military aid to Ukraine. “It’s at the heart of the question about whether Russia has any financial leverage over any members of the Administration,” one of the sources tells TIME. “If Jared was an adviser to the incoming President of the United States and trying to profit from that by doing private business with the Russians or anybody else, then he’d have a problem, and his clearance might be the least of it.”

The Kushner and Gorkov face-to-face attracted the attention of FBI investigators from the start. According to the Washington Post and New York Times, Gorkov is a graduate of the academy of the Federal Security Service, which grooms future Russian spies and Kushner told congressional committees in 2017 that Kislyak had said Gorkov had a direct line into Russian President Vladimir Putin. Moreover, a VEB official, Evgeny Buryakov, pleaded guilty in 2016 to charges he was part of a Russian spy ring in New York; Buryakov’s Russian handlers had previously attempted to recruit onetime Trump foreign-policy adviser Carter Page, according to court documents.

Unsurprisingly, the FBI was already watching Gorkov when he arrived in New York City, two law-enforcement officials tell TIME. Gorkov was there, VEB told Reuters in a March 2017 statement, as part of a global tour to launch a new investment strategy that included talking with the head of the Kushner Companies. Since 2014, U.S. Sanctions had prohibited American companies from lending money or buying equity with the bank. A spokeswoman for VEB, contacted for this story, said the bank’s explanation for the meeting has not changed.

Kushner, however, has characterized the meeting differently. Testifying before Congress in July 2017, he said the Gorkov meeting lasted just 20 to 25 minutes and involved little more than an exchange of light pleasantries. Kushner told Congress there was no discussion of personal business, the Kushner Companies, real estate projects or loans. Kushner also said his initial application for a security clearance didn’t leave off just the Russia meeting but all foreign contacts, and was inadvertently submitted before it was complete. Kushner, his lawyer and his lawyer’s spokesman all declined to comment for this story.

Kushner’s problems are compounded by the fact that his family real estate company was in deep financial trouble at the time of the Gorkov meeting. His company was facing $1.2 billion in debt stemming from vacancies in a 41-story office tower at 666 Fifth Avenue in Manhattan, according to the New York Times. Kushner’s company was courting funding from a Qatari source, and he had met with officials from Anbang Insurance Group, a massive Chinese financial company, according to the Washington Post.

The significance of these meetings, and the Gorkov one, became a source of contention at the highest levels of the Trump White House. After Kushner’s January 2017 clearance request was denied, he received temporary permission to view top-secret materials. Trump’s former chief of staff John Kelly and his former White House counsel Don McGahn both wrote internal memos saying they had concerns with issuing Kushner a permanent security clearance, according to the New York Times. Trump denies any role in Kushner’s clearance.

Intelligence officials remain confounded by the episode. After the President’s Inauguration, Kushner had access to the President’s Daily Brief and other highly classified materials, thanks to his temporary top-secret clearance, one former and two current U.S. officials tell TIME. The PDB contains some of the most sensitive information about U.S. intelligence sources and methods. “There is no way–given [Kushner’s international] meetings, his failure to report them, his financial vulnerabilities and his lack of experience–that he would have been issued a top-secret clearance on any basis and access to the PDB unless the President directed it,” one intelligence official says.

For their part, congressional Democrats smell blood. “Why would [Kushner] use a Russian banker who is trained as a spy and is close to Putin as your so-called legitimate avenue of communication to talk about legitimate things?” says Representative Don Beyer, a Democrat from Virginia, referring to the reports of Gorkov’s background. Cummings gave the White House until March 4 to comply with his demand for information. The White House refused and has declined to further address the matter. The Democrats now face an early test of how they intend to wield their new power. Issuing a subpoena would likely spark months of legal battles; declining to do so would anger scandal-hungry Democrats everywhere.

So just what was Russia after with its 2016 efforts, and the Gorkov meeting in particular? Moscow has been explicit in its efforts to get sanctions relief and limit U.S. arms sales to Ukraine. Senior U.S. intelligence officials also believe there was a larger Russian aim: to undermine faith in U.S. government. Whatever their other goals, few can dispute that they succeeded in that one.