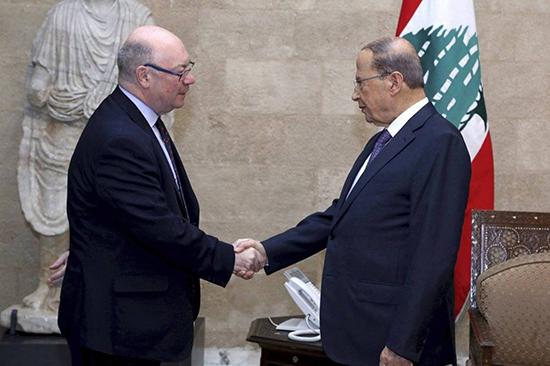 Hezbollah is allied with the Syrian government and Iran.

BEIRUT: Lebanon’s president has spoken up in defense of the country’s militant Hezbollah group, telling a visiting British official that the group’s allegiances in the region do not affect internal Lebanese politics.

President Michel Aoun’s office quoted him as saying that Hezbollah is part of the Lebanese people and is represented in the Cabinet and parliament.

The comments by Aoun, a Hezbollah ally, came after his meeting with Britain’s Foreign Office Minister Alistair Burt on Thursday.

Hezbollah is allied with the Syrian government and Iran.