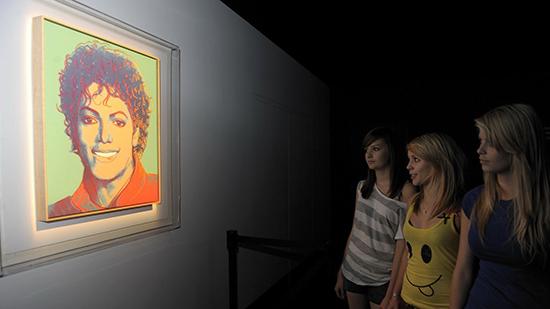 A new documentary rigorously details allegations of child abuse made against Michael Jackson and has reignited the decades-old controversy surrounding the musical icon – but the #MeToo era has already given its verdict.

When police began investigating Jackson over accusations of child molestation in 1993, the world quickly divided into two equally resolute camps; those who defended the superstar and those who believed the accusers.

This time, however, we are in the #MeToo era. While Jackson’s family has vigorously denied the claims made by Wade Robson and James Safechuck in the documentary and is suing HBO, which produced it, for $100 million, the backlash has been instant.

A museum in Britain has removed a statue of Jackson. Op-eds are appearing by fans who once were more convinced of Jackson’s innocence but who have since changed their minds. Oprah Winfrey has taken heat from Jackson superfans for her support of Robson and Safechuck. Radio stations in Canada, Australia and New Zealand have even been banning Jackson’s music.

To ban or not to ban?

The question of pulling Jackson’s music from radio stations in light of the documentary is a heated one. “The thrill is gone,” one headline reads. “We’ll never listen to Michael Jackson the same way again”another says. Event DJs are torn about whether or not to stop playing Jackson songs at weddings. Should unproven allegations destroy the legacy of a man regarded as a musical genius? Even if the allegations could be proven, is banning the music the right decision?

For many the answer is a clear-cut “yes” to banishing the music from the airwaves, but for others it’s not just a simple question of right and wrong, but more a philosophical one.

“I really have a huge issue with curtailing access to art and to things that have been created by somebody in the past, by somebody who is dead and who cannot do anything about it,” film director Ramon J. Goni told RT.

“When you look at a Picasso painting or you read a Hemingway book or even look at a statue that was created during the renaissance period when the Catholic Church was torturing and killing people in the name of God,” Goni asked, is not possible to separate the flawed human being from the art that was created “at their best moments”?

But political activist Marni Halasa disagrees, telling RT that “if listeners of these radio stations are calling up and saying you know what, this is criminal behavior that R. Kelly and Michael Jackson have actually engaged in and we’re not okay with that, I think that’s perfectly fine.”

To believe or not?

Goni and Halasa also disagreed on how convincing the new documentary actually is. While Halasa believes Robson and Safechuck’s accounts of abuse are “irrefutable,” Goni said that judgements were being made without real evidence.

“It’s a scary area if we all are judging for ourselves with very limited facts, with facts that we don’t quite cross-examine with actual evidence other than interviews and documentaries that are biased,” he said.

People across the world are equally convinced on both sides. Jackson superfans believe Robson and Safechuck are just looking for money. They claim there are inconsistencies in the men’s stories and have blasted the documentary as one-sided.

They point to Macaulay Culkin, who also had a close relationship with Jackson as a child, and who says he was never abused (suggesting that since Culkin already had money and fame, he didn’t need to ‘fabricate’ abuse allegations). They also point to Brett Barnes, another man who knew Jackson in the 90s as a child and denied abuse took place. Director Dan Reed did not approach Culkin or Barnes for the documentary.

Many are equally convinced Jackson did commit the crimes and find the emotional accounts of abuse presented in the documentary too convincing, compelling and detailed to deny. “If Michael Jackson were alive, I’m confident a jury would find him guilty,” a barrister writes in the UK Telegraph.

Those who believe in Jackson’s guilt also point to Culkin’s case, saying that an abuser would likely target children with less power – and that this is why Culkin was never a victim. They say Jackson was a master manipulator who groomed both the boys and their families into thinking sleeping in his bedroom was normal and they question the Peter Pan persona of the damaged, eternal child that Jackson portrayed.

From social to mainstream media

While the debate rages online between vehement supporters of Jackson and adamant believers of his accusers, mainstream media has almost 100 percent come down on the side of the accusers this time around. The certainty of the media can likely be explained by the #MeToo culture which says all accusers must instantly be believed for the greater good and which leaves no room for any defense of the accused.

Jackson’s legacy has been attacked as though there is no doubt whatsoever about the allegations made against him at a time when he has no ability to defend himself. Some in the media have even done away with all pretense of ‘innocent unless proven guilty’ and simply refer to Robson and Safechuck as“survivors” of abuse rather than “accusers,” despite the fact that there is no surefire way to prove the authenticity of their accounts, however harrowing they may be.

Piers Morgan appears to be one of the only media figures who has vigorously questioned Reed on the accusations made in the documentary. Aside from that interview, critical analysis of the documentary has been almost entirely missing in the media, in favor of swift condemnation of Jackson.

So was Jackson just a troubled man whose childhood was stolen by an abusive father and who struggled to relive a better version of it in adulthood? Or did his troubled past really lead him to commit terrible acts of child abuse? The #MeToo epoch has delivered its own verdict: guilty as accused.