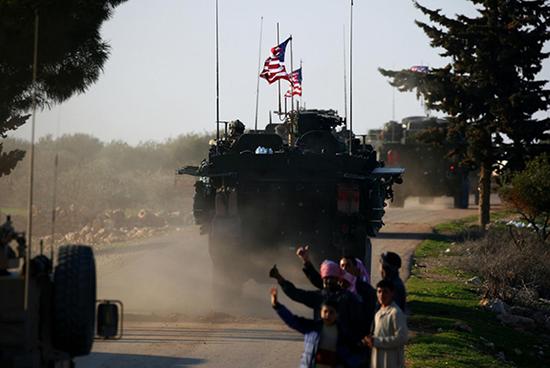 A top United States general has said he is under no pressure to pull American troops out of Syria by a specific date, nearly three months after US President Donald Trump ordered the withdrawal of US forces from the war-torn country.

Joseph Votel, who oversees US forces in the Middle East, said on Thursday the US withdrawal is “driven” by Washington’s mission, “which is the defeat of [the Islamic State (IS) group]”.

“That is our principal focus and that is making sure that we protect our forces, that we don’t withdraw in a manner that increases the risk to our forces,” Votel said, during a House Armed Services Committee hearing.

“There is not pressure on me to meet a specific date at this particular time,” he said.

The US pullout from Syria has been highly contentious, since Trump surprised many in December when he announced that IS had been defeated and he intended to pull about 2,000 US troops out of Syria.

The move was met with anger both within Trump’s own administration and larger Republican Party, as well as abroad, where key US allies have expressed frustration at not having been consulted on the major decision.

Washington’s Kurdish allies, who have been credited with leading the fight against IS in Syria with US backing, have also expressed concern about the withdrawal, saying they feared Turkey would launch an assault against them when the US leaves.

Since that time, senior Trump administration officials, including the president himself, have appeared uncertain about how the withdrawal would proceed, with Trump hitting the brakes on his original pledge to quickly pull out the troops.

Amid ongoing pressure and criticism, questions have continued to swirl about how many US troops Washington now intend to leave in Syria, as well as where they will be stationed and for what purpose.

According to the latest statements by US officials, the Trump administration plans to keep about 200 troops in Syria, alongside 800 to 1,500 European troops, to help set up and secure a so-called safe zone in northeastern Syria.

Another 200 US troops will remain at the US military outpost of Tanf, near the border with Iraq and Jordan.

Meanwhile, Kurdish forces intend to launch a final offensive on the last enclave held by IS fighters in eastern Syria. Waves of evacuations from the small area continued on Thursday, Reuters reported.

Votel said on Thursday that he believed that IS fighters being evacuated from the territory controlled by the group were largely “unrepentant, unbroken and radicalised”.

“We will need to maintain a vigilant offensive against this now widely dispersed and disaggregated organisation that includes leaders, fighters, facilitators, resources and toxic ideology,” Votel said.