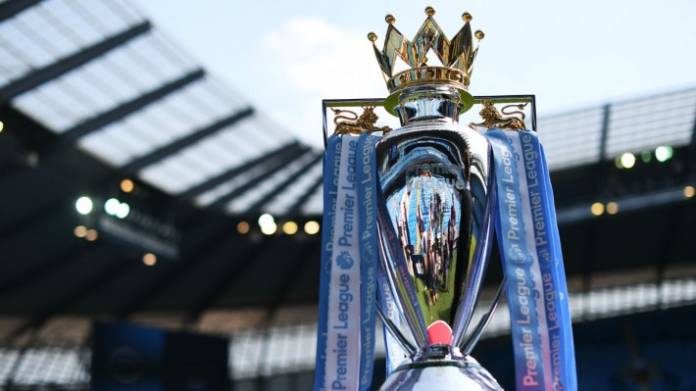 No let-up for Solskjær’s side at Arsenal, a test of Wolves’ progress at Chelsea and plenty of spark in Selhurst’s ‘derby’

1) Another must-win match for Manchester United?

Following their midweek heroics at the Parc des Princes, Manchester United’s players must “go again” for an away trip to Arsenal on Sunday, the outcome of which could have a huge bearing on either or both sides’ involvement in next season’s Champions League. For all Arsenal’s flakiness, looking at both sides’ run-ins following this encounter, it is hardly an exaggeration to say this is a “must win” game for United. Their final eight games include six against sides currently in the top half of the table, including Manchester City and Chelsea. After playing United, Arsenal will have to face only two teams currently in the top 10, with seventh-placed Wolves the highest ranked. Theirs is unquestionably the easier run of fixtures, so United cannot afford what would be an understandable dip in performance after their midweek Lord Mayor’s show. BG

2) Watford geared up for gruelling run of away games

The match between Watford and Manchester City at Vicarage Road in December was curious, in that it involved 85 minutes of absolute comfort for the visitors before Abdoulaye Doucouré’s 85th-minute goal made the score 1-2 and suddenly City panicked. City hung on but the final stages were among the least convincing of City’s season, although they can reasonably expect a less exacting experience at the Etihad. In their last 10 visits to City, dating back to 1988, Watford have conceded three goals six times, four goals once and lost nine times, and in seven meetings since the Hornets’ promotion in 2015 City have a 100% record with an aggregate score of 22-3. Watford’s last five away games of the season take them to Liverpool, Chelsea and both Manchester clubs (plus Huddersfield), a run that started with a 5-0 thrashing at Anfield nine days ago. “This team is keen to progress and wants to do more,” said Troy Deeney. “Obviously one would be trying to get some points on the board against the big teams away from home. I think that’s a clear one to try and address.” It is more than two years since they last did so, against Arsenal in January 2017. SB

In a week in which it was revealed that Wolves haemorrhaged more than £1m a week en route to reaching the Premier League, the result of such investment is clear, with Nuno Espírito Santo’s side sitting pretty in seventh. It was a risk, but with significant reward. The numbers are eye-watering – Wolves posted a £57m loss for last season and their wage bill almost doubled – but in Fosun, the Chinese conglomerate that acquired the club for only £30m three years ago, they have fiercely ambitious owners and, on the pitch, they are determined to finish this campaign as the best of the rest. Unlike Cardiff, or indeed Fulham, Wolves were never interested in merely surviving. A trip to sixth-placed Chelsea on Saturday is the perfect yardstick to measure the gap to the league’s elite, and a chance to show just how far they have come since lifting the Championship title less than 12 months ago. And then there is the small matter of an FA Cup quarter-final against Manchester United at Molineux to relish next weekend. BF

4) A free swing for Burnley at Anfield

Despite Burnley tasting defeat in their two most recent matches against Crystal Palace and Newcastle, Sean Dyche prefers to look at the bigger picture and point out they’ve actually lost only two of their past 10, picking up 18 points along the way. Their only two wins against sides in the top half of the table have come against West Ham and Tottenham at Turf Moor, while away from home, their best result against a top-six side has been the draw at Old Trafford that ended Ole Gunnar Solskjær’s nine-game winning start as Manchester United interim manager. It is difficult to see them causing Liverpool too many problems at Anfield on Sunday, a place of which Dyche says “no one is expecting anything of anyone there this season, certainly not us going there”. With more winnable games against Leicester (at home), Wolves (H), Bournemouth (A) and Cardiff (H) to come, a trip to Anfield represents something of a free swing for Burnley. Will they play a defensive block or risk potential humiliation by trying to biff one over the boundary? BG

5) A chance for Parker and Rodgers to show their impact

At Craven Cottage in December Leicester’s fans sung Claudio Ranieri’s name, but they will not get another chance to do so after the Italian was sacked by Fulham 10 days ago. Last weekend Tom Cairney was asked whether their caretaker, Scott Parker, should get the job on a permanent basis, a ludicrous question to which there is only one possible answer (at least in public), but his response did expose the depth of Ranieri’s shortcomings. “He’s just given us a clear idea,” he said of Parker. “‘This is what I want in possession, this is what I want out of possession.’ I think he took the shackles off a bit.” A clear idea of what is wanted in and out of possession seems like the very minimum requirement of a manager, but was clearly beyond Ranieri’s capabilities. Leicester’s performance at Watford last weekend indicated that their new manager, Brendan Rodgers, was already getting his ideas across, though often they did not seem sure what to do with all the possession he wanted them to have. Fulham, who have scored only nine times in their 15 away games, conceding 37 and earning a humiliating total of only two points, are likely to be more accommodating than the Hornets, depending of course on how big an impact Parker has had. SB

Mauricio Pochettino will return to St Mary’s surrounded by Southampton supporters that used to incessantly sing his name and, while they are unlikely to do so on Saturday, the Argentinian retains fond memories of his 17-month stint on the south coast, revealing he shed tears on departing for Tottenham in 2014. “A lot of people were disappointed when I left the club and they are not going to forgive, but I still love them,” Pochettino said. “I cried a lot when I left, my family too. It was one of the most important periods in my life.” Pochettino bemoaned Tottenham’s lack of recovery time before heading to Dortmund to secure a Champions League quarter-final berth in midweek and quite how alert Spurs will be remains to be seen, though Pochettino will have arguably the best seat in the house, serving the first game of a two-match touchline ban. “I don’t know for him [Pochettino] if it will be a big disadvantage, he will have a good view of the game,” Ralph Hasenhüttl said. BF

Crystal Palace host Brighton in Saturday’s early kick-off, a renewal of one of English football’s weirdest, most toxic rivalries between two clubs with a long-running mutual contempt for each other despite not having a geographical connection. Hostilities began at a 1974 season-opener at Brighton’s old Goldstone Ground, reached boiling point a few years later when both teams were managed by the former Tottenham teammates Alan Mullery and Terry Venables and have continued ever since despite one 13-year period incorporating the 1990s when the sides didn’t actually play each other. Relations were not helped in December 2017, when Sussex Police were forced to admit a claim made by one of their senior officers that “a significant number” of Crystal Palace fans had attempted to gain entry to the Amex Stadium armed with “knives and knuckledusters” was false. While it is to be hoped such weaponry will also be conspicuous by its absence from Selhurst Park and the neighbouring Sainsbury’s car park on Saturday, some no-holds-barred on-field aggression from both sets of players would get the Premier League weekend off to a promising start. BG

Until Christmas the only question anyone was likely to ask about Sean Longstaff was: who’s he? Now they are wondering how Newcastle are going to manage without him. The 21-year-old unwrapped his presents on Christmas Day as a relative unknown, without a single minute of top-flight football to his name, but came off the bench at Liverpool the following day and has started eight of their nine league games since, as well as all their three FA Cup ties. But he will not play again this season after sustaining a knee ligament injury at West Ham, and Jonjo Shelvey’s determination to play for the Under-23s to maintain his fitness during an extended period out of the first team may be rewarded when Everton visit St James’. Everton’s hideous home run – Liverpool last week, Chelsea, Arsenal and Manchester United to come – puts more pressure on them to pick up points on their travels as they seek to sustain their hopes of finishing seventh, with Wolves and Watford already six points away. SB

9) Ailing Cardiff must pick themselves up after Bamba blow

Three defeats on the spin have left Cardiff City in a muddle as they prepare to host West Ham. After pulling away from the relegation zone with back-to-back wins, a series of poor performances during which they shipped 10 goals has left them with an uphill struggle to escape the drop. As much as Brighton and Burnley are far from safe, the Welsh club are now seemingly in a straight shootout with Southampton, who sit two precious points above Cardiff in the table. Ralph Hasenhüttl, the Southampton manager, recently said as much. To make things worse, Cardiff will have to battle on in the remaining nine games without Sol Bamba – a key performer under Neil Warnock – with the defender ruled out for the season after rupturing his anterior cruciate ligament. That Bamba, the club’s vice-captain, is also Cardiff’s joint-top scorer with four league goals tells its own story. Bamba will continue to travel with the team for moral support, but Cardiff need more than a bunch of triers if they are to survive. “We’re not scoring, and conceding silly goals,” Warnock said. “It’s a bad recipe.” BF

After a shot-shy performance against Manchester City, Bournemouth travel to Huddersfield looking to release the shackles and with a manager who can now be formally addressed as “Mr Freeman”. It was not as if his reputation within Bournemouth needed enhancing, but Eddie Howe will be entitled to a reserved seat at council meetings and church services after being awarded the freedom of the town for his remarkable achievement in steering the club from League Two to the Premier League, since first taking assuming caretaker charge in 2009 when the club were 91st in the league pyramid. Howe, 41, the longest-serving manager in the top flight, said: “To receive this honour is just unthinkable, really. I’d like to thank every supporter from the bottom of my heart.” The council leader, John Beesley, said: “It is the Eddie effect that has permeated the town that really sets him apart. He is a unifying force.” Bournemouth take on the league’s bottom club in search of their first win in six matches. BF