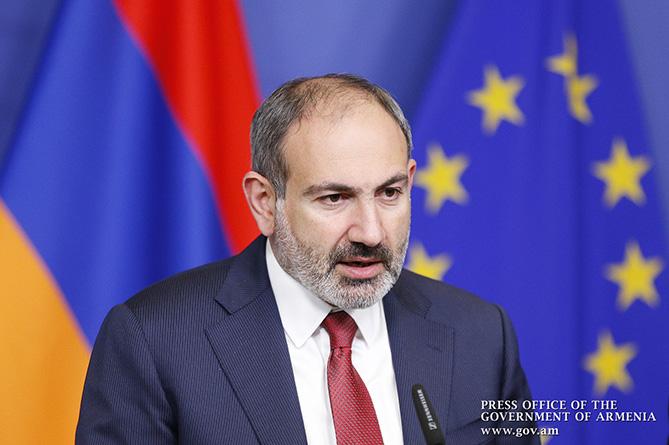 YEREVAN, March 8. /ARKA/. Before Armenian Prime Minister Nikol Pashinyan’s Brussels visit, it was said he would announce the forum to be held in Armenia to attract foreign investors, particularly European investors, according to 168 Zham.

The newspaper’s analysts think that Pashinyan hoped for the inflow of investments to Armenia through “this investment forum, a simplified version of a conference of donors”. The European Union once held conferences of donors for Georgia and Moldova, confirming a €1 –billion investment program for each country.

However, neither the Armenian side, not EU side spoke about a final decision on this issue.
The 168 Zham says referring to some anonymous source that after discussing the matter, the European side has frozen the idea finding European investments unreasonable at this period.

According to the media source’s allegation, Nikol Pashinyan’s visit to Brussels was premature and ineffective – even the problems discussed earlier were not solved.

The newspaper also says referring again to some information that has no origin that Europeans proposed to consider the matter later, maybe after the European parliament elections, with the new EU leadership.
The elections are scheduled for May 23 to 26.

It also seemed to 168 Zham that the Georgian president was received ion Brussels more warmly than the Armenian premier.