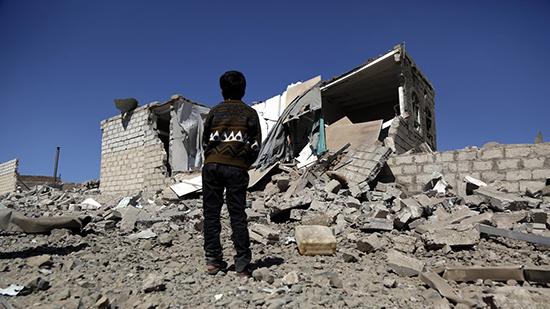 Three dozen countries, including all EU members, voiced a rebuke of Saudi Arabia at the UN Human Rights Council, calling it out on the Khashoggi murder and the detention of activists. Yemen’s bloodbath slipped past them, somehow.

The statement, delivered Thursday by the representative of Iceland, Harald Aspelund, on behalf of all signatories, including all 28 members of the EU, voiced concern over Riyadh’s use of counter-terrorism laws to suppress critics of the government. It called for the release of rights activists who are currently detained in Saudi Arabia “for exercising their fundamental freedoms.”

It also condemned the murder of self-exiled Saudi columnist Jamal Khashoggi in the Kingdom’s Istanbul consulate last October and called on Saudi authorities to cooperate with “all investigations” into the crime, including one by the UN’s Special Rapporteur on extrajudicial, summary or arbitrary executions, Agnes Callamard.

The rebuke, which was touted by Reuters as “unprecedented” since the creation of the UN rights body in 2006, is unlikely to make much of an impact on the actual policies of Riyadh, veteran Saudi rights activist Ali Al-Ahmed, who directs the US-based Institute for Gulf Affairs, told RT.

“I don’t put much weight in these statements,” he said. Mildly-worded rebukes “minimize the suffering and give Saudi Arabia an exit. They absolve themselves from any responsibility,” he argued, adding that the allies of Saudi Arabia in the West, like the UK, tend to pay lip service to the human rights situation in the country while actually shielding it from any consequences for its actions.

The years-long war in Yemen, where Saudi-led coalition is fighting the Houthi rebels, however, was not even touched-on by the ‘damning’ statement. The conflict, which has claimed thousands of civilian lives, caused a massive cholera outbreak and brought millions of people to the brink of famine is apparently not enough of a human rights violation.

Such a very selective approach is not quite surprising, given the deep involvement of the western countries – the US in particular – in the conflict, co-founder of the CODEPINK rights group, Medea Benjamin, believes.

“I think there was pressure on them to not include that but it definitely should have been included,” Benjamin told RT. “The western countries … have been aiding and abetting the Saudis in their crimes in Yemen.”

While the criticism voiced by the UN body appears to be quite weak, the US did not endorse the statement, apparently to not spoil its cozy relations with Riyadh even a tiny bit.

The United States – the Trump administration doesn’t care about human rights and doesn’t want to criticize its ally Saudi Arabia.