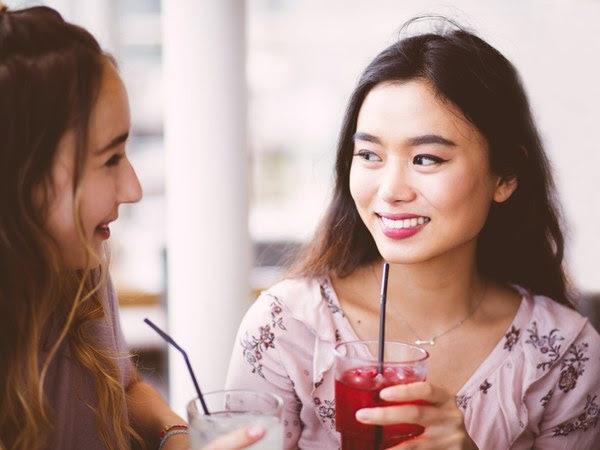 By Korin Miller – Self

If you drink occasionally (or more than occasionally) you’ve probably considered taking a break from alcohol at least once. Maybe your doctor suggested abstaining for a health reason, or maybe you just realized that your weekly happy hours were draining your bank account. People who take a timeout from booze usually swear that it makes them look and feel better, so, should you do it?

While drinking alcohol in moderate amounts (defined by the Dietary Guidelines for Americans as having up to one drink a day for women and up to two drinks a day for men) is generally thought to be OK for your health, having more than that on a regular basis isn’t. And it’s easy to go above moderate levels if drinking is a solid part of your social life. After all, a serving of alcohol is a 12-ounce beer, 5-ounce glass of wine, or 1.5 ounces of hard alcohol—and most people have more than that at happy hour or on the weekend. Or on a particularly stressful Tuesday.

“Alcohol certainly presents the quandary that a little may be fine, but too much can cause serious problems,” Marc Leavey, M.D., an internist at Baltimore’s Mercy Medical Center, tells SELF.

Whether you feel like you’re on the heavier side of drinking or firmly in the “moderate” camp, it can be tough to cut out alcohol for a bit if all of your friends are still boozing. So we connected with the experts to find out what actually happens to your body when you go sober, and if you should give it a try:

You might end up taking in way fewer calories.

So, for that reason, “Some people might lose weight when they stop drinking,” James J. Galligan, Ph.D., a professor of pharmacology and toxicology and director of the neuroscience program at Michigan State University, tells SELF.

It’s not just about drinking your calories: Alcohol can lower your inhibitions and lead to late-night snacking, which you’re probably more likely to resist when you’re sober. How fast you’d lose weight ultimately depends on how much you were drinking beforehand. “Someone who averages one drink per day could definitely see weight loss within a week if they’re not making up those calories with other caloric beverages,” New York-based registered dietitian Jessica Cording tells SELF.

Your immune system will improve.

In general, alcohol dampens your immune system, making you more likely to get sick than if you weren’t drinking, George F. Koob, Ph.D., director of the National Institute on Abuse and Alcoholism, tells SELF. “Viruses won’t be caused by alcohol, but you can be more vulnerable to them if you’re drinking,” he says. So it’s not that sober living will give you a super-powered immune system—it’s just that it will get you back to your baseline, i.e. the immune system you had before you started drinking. If you’re an otherwise healthy person, Dr. Galligan says it should take your immune system just a few weeks to bounce back.

It could boost your metabolism.

If you weren’t drinking much before you cut it out entirely, it’s unlikely that you’ll see a difference, but it’s still worth mentioning here. While drinking alcohol in moderate amounts may actually improve insulin sensitivity (which leads to a better metabolism), drinking heavily could make it tough for your liver and pancreas to work well—both of which are essential for your metabolism, Dr. Galligan says. So if you were drinking enough to screw with these processes, your metabolism could start to work more efficiently within a few weeks of going sober.

Your liver will be able to function more effectively.

Alcohol is a direct toxin to your liver and it also produces metabolic byproducts that have to be cleared from your body by your liver, Dr. Leavey says. “As a result, the liver has to work harder and longer to recover from the effects of alcohol,” he says. Alcohol can also cause inflammation in your liver, which keeps it from doing its job well—which is clearing out toxins from your body and turning fat into energy for your body, Dr. Galligan says.

If you’re a heavy drinker, alcohol can interfere with the way that your liver stores fat, which can cause fatty liver disease. Luckily, this condition is reversible and cutting out alcohol should help your liver to function better, Dr. Galligan says. But liver function doesn’t improve as fast as, say, your immune system: Dr. Galligan says this will likely take months to fully recover, even if you don’t have a fatty liver.

Alcohol is a sedative, so it makes sense that you’d think it would help you sleep better. Unfortunately, that’s not the case. While drinking could help you fall asleep, it suppresses REM sleep, the restorative part of your sleep cycle, Dr. Leavey says, which might explain why you can have a fitful night of sleep after you went out drinking. Alcohol is also a diuretic, Dr. Leavey points out, which is why you often get up to pee a lot after you drink—and that can mess with your sleep quality, too. Ditching alcohol weeds out all of these factors, leaving you with a more restful sleep and helping you to stay in bed at night.

Just a warning: You might overdo it when you start again.

If your vacation from alcohol is temporary, just proceed with caution when you start drinking again. “Even moderate drinkers who stop drinking for two months tend to overdrink when they start again,” Dr. Koob says. Nobody really knows why, he says, but it seems to be some kind of overcompensation for the time you lost. It may be that your drinking habits calm down after the novelty of celebrating a month or two of sobriety wears off, but Dr. Koob says it’s important to keep it on your radar so you can avoid overdoing it.

So if you’re thinking of taking a break from alcohol, consider some of the above benefits. And keep in mind that abstaining from alcohol can be even more beneficial for people with certain health conditions, like liver disease, diabetes, HIV, and gastrointestinal issues.