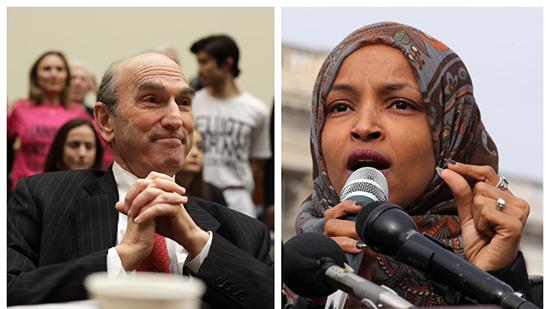 Ilhan Omar’s remarks on the Israeli lobby’s grip on American politics have seen her fellow Democrats blast her for anti-Semitism, and in one extreme case, for daring to question the US-Israel alliance at all.

Omar (D-Minnesota) has been a longtime opponent of the Israeli government, accusing it of “evil doings” in a 2012 tweet, then suggested recently that there is “political influence in this country that says it is OK for people to push for allegiance to a foreign country,” a reference to the powerful Israel lobby.

WIth Omar facing accusations of anti-Semitism, the House of Representatives passed a watered-down resolution denouncing not just anti-Jewish racism, but racism and discrimination of all kinds, on Thursday. The resolution passed with 407 votes, with 23 Republicans opposed.

Criticism didn’t just come from the GOP, but from some of Omar’s fellow Democrats. Rep. Juan Vargas (D-California) spelled things out clearest, stating that “questioning support for the US-Israel relationship is unacceptable.”

“The change that is happening in the Democratic party is something that started with the recent elections that brought Ilhan Omar and others – young, progressive, and pushing for new ideas,” US-Palestinian journalist Ramzy Baroud told RT. “I think this is a sign of hope that more popular involvement in the party could…challenge the traditional elites of the party.”

RT’s Caleb Maupin took a closer look at the saga, and what it means for the Democratic party at large.