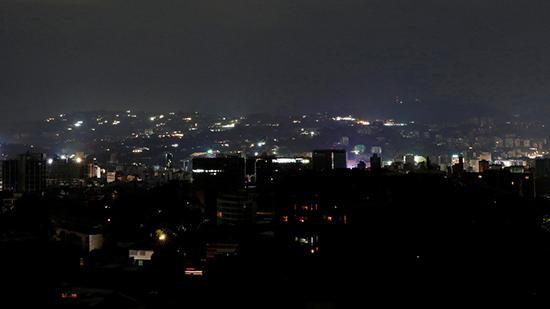 Venezuelan President Nicolas Maduro accused the US of waging an “electricity war” against the country, as Caracas and other cities were plunged into darkness Thursday night. The government says the incident is likely sabotage.

Early on Friday, supply of electricity had been restored to “some parts” of Caracas, Venezuela’s Telesur broadcaster reported.

Thousands of commuters in Caracas had to walk home on Thursday as a power outage shut down the capital’s subway, resulting in massive traffic jams.The lights also went out in the largest airport of Caracas.

People on social media described disruptions in most of the nation’s regions and it is unclear how long the blackout will last. The government had to cancel school lessons and suspend the working day on Friday due to the emergency, Vice-President Delcy Rodriguez wrote on Twitter.

President Maduro for his part said the blackout was the result of an “electricity war” waged by “US imperialism.”

The outage was caused by “deliberate sabotage” at the Guri hydroelectric power plant, which provides most of the country’s energy, local media reported. The presumed saboteurs are likely linked to the US-backed opposition, Venezuela’s electric energy minister, Luis Motta Dominguez, claimed on national TV.

The minister pointed out that US Senator Marco Rubio, who is leading a fierce campaign to oust Maduro, tweeted about the outage just minutes after the emergency occurred.

Meanwhile, US Secretary of State Mike Pompeo said Maduro’s government only has itself to blame for power shortages in Venezuela, noting sarcastically that “Maduro’s policies bring nothing but darkness.”

The US openly supports Venezuela’s opposition leader, Juan Guaido, who proclaimed himself ‘interim president’ in January, following both anti- and pro-government protests. Guaido’s claim is supported by most Latin American countries as well as many EU countries. Russia, China, Turkey, and Iran stand by President Maduro, who was re-elected in 2018, and caution Washington and its allies against “meddling” in Venezuela’s affairs. US President Donald Trump has warned that “all options” remain on the table, including military intervention.