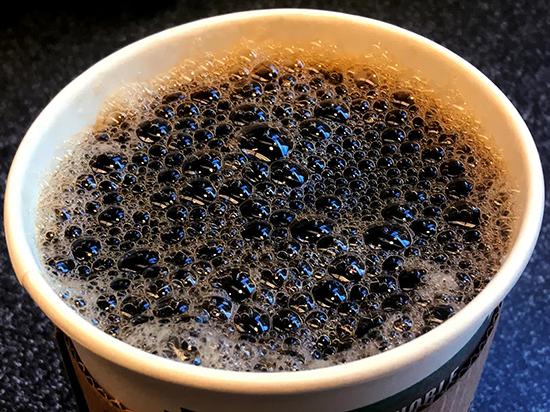 ATLANTA (Reuters) – Americans are consuming more gourmet coffee than ever, but the outlook for future growth may be threatened by increasing economic worries, survey results from the National Coffee Association (NCA) showed on Saturday.

FILE PHOTO: A cup of coffee is pictured on a table in the Manhattan borough of New York City, New York, U.S., November 27, 2018. REUTERS/Carlo Allegri/File Photo

Sixty-one percent of the coffee drank in the United States is described by consumers as gourmet, according to the results of a survey commissioned by the NCA and released during the group’s annual meeting in Atlanta, Georgia.

That is a record-high proportion for a segment that has been steadily growing for the past several years, as consumer preferences have tilted toward finer beans.

Overall daily consumption, however, remains at a similar level to last year, with 63 percent of respondents saying they had consumed coffee within the past day, results of the Jan. 7-22 survey of about 3,000 people in the United States showed.

Americans continue to mostly enjoy their coffee in the home, with at-home consumption accounting for 78 percent of the total. This is little changed from the previous year, but is down from 84 percent in 2012.

More respondents said they felt they were in a worse situation financially than they were six months ago (15 percent compared to 11 percent last year) which could take a toll on pricier out-of-home and gourmet consumption.

Rising negative perceptions of individual financial situations helps, to some extent, explain why consumption growth did not grow significantly in 2019, the survey noted.

The NCA this year added a new question on respondents’ familiarity with cannabidiol (CBD), an ingredient in cannabis whose use as an additive to beverages, including coffee, has grown.

“There’s an awareness out there (about CBD) that’s growing,” said Bill Murray, chief executive of the NCA, on the fringes of the meeting. “Whether it takes off, and the questions about legality – we’ll see,” he said.

More Americans are drinking coffee in the afternoon, the survey results showed. Increasing the frequency of consumption remains a major area for potential growth, Murray said.

The survey also noted some demographic nuances. African-American consumption of gourmet coffee beverages grew notably, jumping to 40 percent from 33 percent last year. Their consumption of non-espresso blended drinks, like cold brew and frozen blended beverages, was especially strong and could help drive future growth of the segment, the survey said.