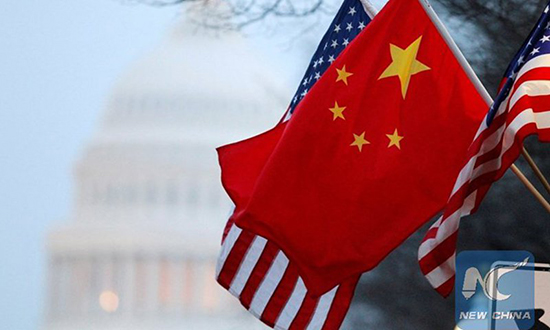 A trade agreement between China and the US is poised on a knife-edge. The administration of US President Donald Trump has continuously signaled positive expectations. But in the past two days, he stressed that he wants either a good deal or no deal. According to the US side, China and the US are not preparing for a summit between the two leaders.

The US also reveals that the biggest divergence between China and the US now is that the US will impose punitive tariffs on Chinese products any time it feels that China does not fully implement the agreement while China should not retaliate. China believes this is an intrusion on China’s sovereignty and has rejected the proposition.

Trade negotiations have settled most divergences between China and the US. The two countries have come to the phase of finalizing the text of the agreement. But given the different opinions within the US and the capriciousness of US government as a whole, a highly sensitive period is expected before a final agreement is signed.

In late February, the summit between Trump and North Korean leader Kim Jong-un ended without signing a deal, indicating there are differences between the US understanding of how the Kim-Trump summit should proceed and international perceptions. Generally the US hopes to sign an agreement with China. After seven rounds of high-level trade talks, both sides have mapped each other’s bottom lines and learned what to expect from the other. It is unrealistic to expect a major change to the agreement at the final stage.

The Trump administration has recently made various statements, which can be exaggerated by the media. The statements were made mainly for two reasons: Washington wants either to inject incentives into the US stock market or grapple with accusations that the US has lost in its talks with China.

The Chinese public should highly trust the Chinese government’s ability to harness the complex and sensitive situation in the final phase of trade talks. Meanwhile, we must be prepared for twists and turns as well as maintain confidence in controlling the overall situation.

China has done well in coping with the US-launched trade war, keeping its economy basically stable in 2018. In particular, the renminbi’s exchange rate was stabilized and the financial situation is generally under control. If it were another country that underwent similar sanctions by the US last year, it could have suffered a sharp fall – possibly more than 50 percent in its currency exchange rate.

Beijing and Washington are psychologically equal in the final phase of talks. A continued trade war will not benefit China, but Chinese society is prepared to go through difficulties. The US is a more powerful economy, but its people expect a deal more eagerly. If the negotiations fail, the US will suffer more pain, and at a greater cost, than it is currently already suffering. Particularly when the economic perspective for the US in 2019 is not as optimistic as that for last year and the new election season is drawing near, the US is not any better than China at enduring the political pressure of a continuing trade war.

A final deal based on the consensus of the heads of the two states and achievements of high-level negotiations will not only address China’s interests, but also meet the demands of the US.

The outlook is optimistic for Beijing and Washington reaching a comprehensive trade deal. The trade war in the past year has proved that the US is not capable of forcing China to accept all its conditions and that the two countries will thrive if they get along.