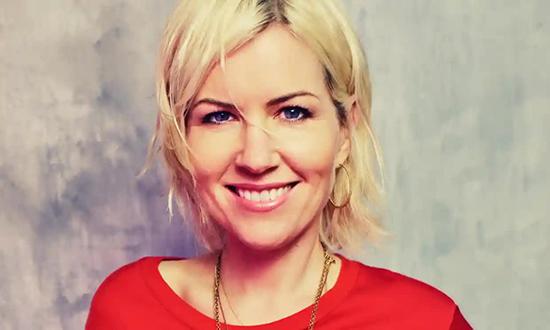 The singer, 47, on binge-watching TV, creativity and the horse that almost killed her

‘I’ve always had this innate belief in God, or some higher power’: Dido. Photograph: Simon Emmett

I can’t remember a time before I played music. My first instrument was a recorder I found in lost property at school. If I’d told my parents I needed one, they’d have asked “What for?” So I took it home and played it for hours. I had to keep it a secret, though.

There wasn’t a TV at home growing up, so I’d cycle to my mate’s house on a Wednesday night to watch Dallas. It’s just one way in which my childhood was unconventional. There was a lot of boredom which mutated into creativity, but it meant I often felt out of the loop at school. I left home at 15 and binge-watched TV for a year nonstop.

I wrote my first album in the throes of a year-long panic attack. I was stuck in my basement flat and could barely leave the house. Music is so much a part of who I am – it’s the thing that’s mine.

A horse named Donna nearly killed me. A friend arranged a riding trip in the Brecon Beacons. I fell off and was on the floor with my legs in the stirrups. After climbing back on, the slope turned steeper and the horse went faster. The saddle slid off and I remember thinking: “Right, this is it.”

I’ve always had this innate belief in God, or some higher power. I’m not involved in organised religion, but I was brought up in and outside of it. It means a lot to me to think that when people die, they’re still around somehow, a little.

My relationship with my brother Rollo [Armstrong, producer] has been fundamental to my life. I don’t know how I’d have navigated the industry without him. Whether in the height of the craziness or when it all just stops, being a solo artist is difficult. But I’ve never felt like one with him by my side. Together we are two halves of one brain.

Approaching 50 doesn’t feel how I thought it would. I’m actually loving getting older, I have a confidence to enjoy life much more.

Losing my dad taught me there’s no way to bypass the grieving process. I cried for a long time when he died. There’s a temptation when someone loses a parent to stay away, but I really appreciated the texts, calls and unannounced visits from friends.

Travelling the world has been a blessing, but there’s nowhere quite like London. I’ve written songs on so many streets that I walk down; they’re full of memories and magical moments. Yes, the Grand Canyon is stunning, but there’s beauty in the sun rising over the M4 on the drive home from Heathrow, too.

Still On My Mind is out now. Dido’s UK tour starts on 26 May and includes two shows at London’s Roundhouse on 30 and 31 May