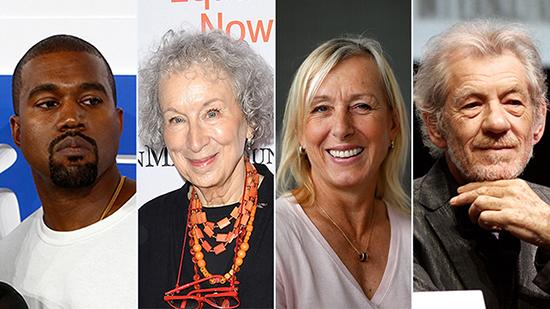 Russia  Today
Like Martina Navratilova, who seems to have been explaining herself every week over supposed transphobia, these heroes were feted for achieving public breakthroughs for equality. But then they thought they could speak their mind…

Navratilova, one of the most-decorated tennis players in history, was one of the most high-profile LGBT advocates for decades, when it wasn’t a risk-free choice.

Yet, for all her public standing there are some things that she is not allowed to say – even on her home court. Sparks flew in December when she tweeted that formerly-male transgender athletes “can’t just proclaim themselves female” and use their inherent biological advantage to compete against those born a different gender.

“There must be some standards, and having a penis and competing as a woman would not fit that standard,” wrote Navratilova, who enjoyed a better first-hand view than almost anyone of the athletic gap between men and women, and was herself coached by transgender athlete Renee Richards in the 1980s.

Initially rebuked, naively she thought she could do “research” which only “strengthened” her opinions – that it was “insane” that male-born athletes were allowed to collectively “cheat.”

Then came the casting out. Navratilova was binned as representative of an LGBT organization, her views were not contestable, but “wrong” and “ignorant,” her research worthless, her outlook not just “transphobic” but encouraging “violence” against those who had undergone gender reassignment. One article compared her to Joseph Goebbels.

On Sunday, Czech-born Navratilova wrote a gritted-teeth plea for reconciliation, without giving up her ground. Perhaps instructively, she likened her critics to “Communists [who] tried to shut me up 45 years ago.”

We will see if she dares broach the subject in public ever again. Many of those below have chosen silence over the right to express an opinion.

Greer wrote second-wave feminism bible the Female Eunuch, but decided to get off her plinth by writing a book on rape that challenged some of the most unbreakable orthodoxies.

Last year, the Australian academic argued that no, not all rape was traumatic, nor is each rape as bad as any other, nor do they leave all women permanently damaged, nor is it possible, nor desirable to attempt to jail every man who has ever engaged in non-consensual sex.

In a way of perfectly missing her point, Greer, herself a rape victim, was regaled with details of horrific sexual assaults, and dismissed as a “professional troll.”

Who doesn’t love Gandalf and Magneto, who in real life doubles up as the archetype of the lovable eccentric older gay actor?

An intersectional force of activists it seems. He was criticized after proposing last week, on a gay issues podcast, that Kevin Spacey’s and Bryan Singer’s alleged transgressions may have come from them being uncomfortable with their own sexuality. Even though he never suggested that was the only reason, nor that it excused their supposed culpability, or explains any alleged pedophilia.

Within days McKellen was on Twitter, saying he “deeply regretted [his] careless remarks.”

At the height of the #MeToo movement last January, the Canadian author of feminist set text The Handmaid’s Tale urged caution against “witchcraft trials.”

While nominally defending the reputation of writer Steven Galloway, who had been cleared of unproven accusations of sexual abuse and compensated for losing his academia job as a result, her column in the Globe and Mail was a wider swipe.

She reminded activists of the terror and virtue stages of revolutions – from the French to the Cultural – when “usual rules of evidence are bypassed” to achieve political aims.

A tweet, typical of the responses to her candor, read: “One of the most important feminist voices of our time shits on less powerful women to uphold the power of her powerful male friend.”

In times when you can hardly imagine Kanye without his MAGA hat, it becomes harder to imagine that his activism was once roundly applauded – when he wrote a message to George W. Bush in the aftermath of Hurricane Katrina, saying that the president “doesn’t care about black people.”

Had Kanye gone so far off the rails on his ego-powered train that, by 2018, he was saying that “400 years of slavery… sounds like a choice” by black people? Kanye might not be a diploma-certified historian, but he did “have to somehow reframe something that I never said” – explaining that he was calling for an escape from “the mental prison” of the helpless victim mindset, not that actually “being shackled in chains” was a choice.

If his pro-Trump pronouncements had not already left many itching to designate him as an Uncle Tom, here was a chance to disqualify him from ever contributing to another debate on race. Though at least here is one man who just won’t shut up.