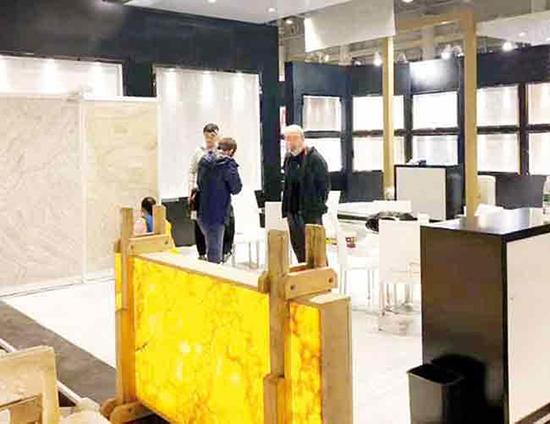 Four Turkish businesspeople have been detained in China at an international fair on charges of tax avoidance.

The businesspeople, only identified by their initials O. S., M. O., A. and Y.C., were detained at their hotels in the early hours of March 9 in Xiamen, which is hosting the Xiamen International Stone Fair. The Turkish citizens are the employees of three Turkishcompanies which also have bureaus in China.

Police confiscated some documents and products during the raids.

The operation was based on accusations that the companies, which have offices in Guangzhou, Yunfu and Turkey, have collaborated with some Chinese firms since 2016 to transfer cheap raw marble to China. According to the accusations, 240,000 tons of marble worth 400 million Chinese yuan ($59.5 million) have been illegally transferred to China, resulting in total losses of 30 million yuans ($4.5 million) in taxes.

A Turkish businessperson who attended the fair said the news of Turkish citizens being detained created panic among the Turks.

“We heard that police went to their hotels early in the morning and detained them,” the businessperson told daily Hürriyet.

“After the information became public, some stone company owners rescheduled for earlier flights. And some of them went to Hong Kong.”

Another Turkish businessperson, speaking right before he got on a plane, said he would never go back to China. “We hardly got on the very first flight,” he added.

“Having 35 percent of the world reserves of natural stones in all color and pattern scales, we consider the Xiamen International Stone Fair as a major opportunity for Turkey to move higher up in natural stone export markets, which have reached $20 billion globally,” he said.

“During the fair, our aim will be to increase the export of processed products along with the export of block marbles and to ensure the entry of Turkish natural stone into big architectural projects,” he added.

Turkey has several types of marble, such as white marble from the Aegean province of Muğla and the dark-red marble known as “cherry marble” mined in eastern province of Elazığ.

Last year, the exports of natural Turkish stone, including processed and uncut marble, granite, travertine, and slate, totaled 7.4 million tons or $1.9 billion, according to the Istanbul Mineral Exporters’ Association.

Turkey is also the world’s top marble exporter, followed by Italy and Greece.