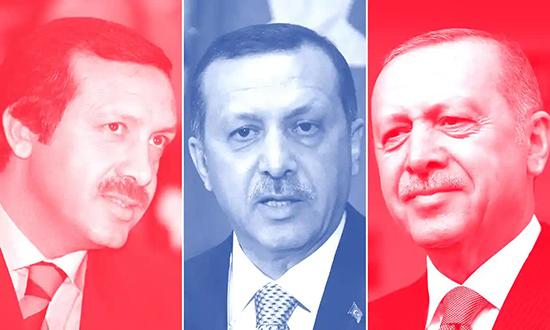 It was a speech that would change the trajectory of Recep Tayyip Erdoğan’s life – and with it, Turkey’s future.

Istanbul’s first Islamist mayor had travelled to the poor, south-eastern town of Siirt in 1997 to speak at a rally. Dressed in his trademark working man’s jacket, Erdoğan recited an Islamic-nationalist poem, deploying a rhetorical style he had practised as a teenager, addressing imaginary audiences on the decks of abandoned ships on the Bosphorus.

The crowd roared in delight, but the secular authorities were not pleased. The upstart mayor was charged with inciting religious hatred, sent to prison and banned from politics. But the reaction backfired, making Erdoğan more popular and paving the way for his first election victory in 2003 .

Looking back, Erdoğan’s four-month spell in prison in the late 1990s was a formative experience. He emerged with an acute sense of the power of the spoken word and a sharpened resentment toward the elites who openly ridiculed his piety, mocked his working-class background and sought to exile him from the political establishment.

Two decades later, the Turkish president is a populist colossus. His most recent term in office was the most populist of any rightwing leader in the Global Populism Database, which tracks the levels of populist discourse in the speeches of almost 140 leaders in Europe and the Americas.

The research shows how Erdoğan has been transformed from a cautious reformist prime minister to an authoritarian president whose speeches are as populist as those of the late Venezuelan leader Hugo Chávez.

Erdoğan’s journey accounts for a wider shift for Turkey, which experienced a larger increase in populist discourse espoused by a leader than any other country in the study.

“Erdoğan is the inventor of 21st century populism,” argues Soner Cagaptay, author of The New Sultan: Erdoğan and the Crisis of Modern Turkey. “His career shows the extraordinary effect one person can have on an entire country.”

Erdoğan was born and raised in Istanbul’s gritty Kasımpaşa, a low-income neighbourhood whose barbershop still displays a picture of the president above its mirrors.

“Erdoğan opened our horizons,” said its owner, Yasar Ayhan, who is still friendly with Erdoğan. “We ‘black Turks’, we had no self-esteem before he showed us we could stand up to the corrupt police on politicians’ payrolls who used to harass us for fun. He changed everything.”

Erdoğan’s predecessors had been driven from office or even executed in military coups. Yet Erdoğan seemed destined for a different fate when he swept into office as prime minister in 2003 the leader of the new, inclusive Justice and Development party (AKP).

Under Erdoğan’s stewardship, Turkey presented itself as a serious candidate for EU membership, racing to meet criteria such as abolishing the death penalty.

His speeches during his first term in office were mostly devoid of populist discourse. “Nobody should try to shape society from the head of the table,” he told an international democracy symposium in 2004. “Democracy is a dialogue of tolerance and reconciliation. Instead of the peculiar democracy we currently have in Turkey, pluralism, harmony and tolerance must be established.”

Turkey’s prime minister sounded like a liberal; respectful of the rights of minorities, he even began peace talks with the guerrilla Kurdish PKK. “Turks, Kurds, Circassians, Abkhasians, Laz … everyone should know steps will not be taken backwards from where Turkey has arrived today,” he said in Diyarbakir, a Kurdish city, in 2005. “We won’t let democratic progress slide.”

The populism “score” researchers gave such speeches put Erdoğan in the same range as the contemporary leaders in western Europe Jacques Chirac in France and Tony Blair in the UK.

Abdüllatif Şener, Erdoğan’s deputy prime minister during his first term, which ended in 2007, said Erdoğan’s initial years in office were a kind of apprenticeship in which he focused on winning the trust of Turks outside his base.

His latter terms revealed a more confident political craftsman, skilled at manipulating the state apparatus. It was Erdoğan’s commitment to elevating Turkey into the club of European nations that gave him cover to dismantle the constitutional checks on his power. To bolster Turkey’s EU bid, parliament helped the prime minister neuter the powerful military, passing laws subjecting it to civilian control.

Referendums in 2007 and 2010 on constitutional changes enshrined women’s and workers’ rights and – in theory – injected more proportional representation into the system. However, the changes also consolidated the AKP’s grip on power and ushered in a new era of religious conservatism that appeared less compatible with liberal, secular democracy.

“Erdoğan was like a doner kebab master,” Cagaptay said. “He lured us in, and then worked steadily and methodically, taking just thin slices off Turkish democracy at a time, removing a layer of liberal, secular Turkey every time he could.”

Throughout this period, Erdoğan adopted a more bellicose stance toward his opponents in the military, whom he began depicting as a corrupt, nefarious force.

“They wanted to strangle the national will and their coup hurt the nation,” he told a rally in Istanbul the week before the controversial 2010 referendum. “They said people work for the good of the state, rather than the other way around. The only relationship they have with the citizen is as a commander, rather than a servant.”

After the AKP’s biggest election win, in 2011, Erdoğan stood on the balcony of his party headquarters in Ankara and told the crowd: “The tyranny of the elites is over.” He declared that Turkey had turned a “new page” to avoid rule by “criminals whose direction has split from God’s will and the will of the people.” That line, fusing the will of God and the will of the people, seemed to enshrine Erdoğan’s emerging brand of Islamic, nationalist populism.

Researchers who coded eight speeches during this period – between 2007 and 2014 – found this kind of soaring rhetoric was not always present in Erdoğan’s remarks. His overall score during this era put him in the same category as other “somewhat populist” leaders in office at that time, such as Italy’s Silvio Berlusconi and Hungary’s Viktor Orbán.

But Erdoğan’s animosity toward his enemies was deepening, at home and abroad. Europe’s leaders were stalling against allowing the majority-Muslim country into the fold. Angered by the decision in 2005 by the European court of human rights to uphold the French ban on Muslim face veils, Erdoğan was increasingly doubtful Turkey had a future in the EU.

Increasingly, he saw an unequal playing field in international relations. Disillusioned with the international community’s inability to solve the Arab-Israeli conflict, Erdoğan began calling for the complete “restructure and renewal” of the United Nations. After Erdoğan stormed out of a heated 2009 Davos debate with the Israeli president, Shimon Peres, over the Gaza conflict, he returned home to a hero’s welcome.

The prime minister also grew increasingly intolerant of dissent from within, and his authoritarianism was laid bare in his response to the Gezi park protests in 2013. The demonstrations, which began in Istanbul before spreading around the country, met with a brutal state crackdown. Twenty-two demonstrators died in the ensuing violence, and about 5,000 more were arrested.

It was a foretaste of the most recent – and most populist chapter – of Erdoğan’s leadership, which began when he was elected president in 2014.

Erdoğan’s speeches since he assumed the presidency, particularly after an attempted coup in 2016, have been the most consistently populist of his career. Much of his fury has been directed at perceived enemies within. But Erdoğan has also sharpened his critique of foreign adversaries, complaining Turkey has been betrayed by the international order.

“Europe always tries every trick to exclude Turkey from our seat at the table, and yet they hand us the bill,” he told a rally in Bursa in October 2016. “We will no longer allow this hypocritical status quo.” During the currency and debt crisis of last year, in which the Turkish lira collapsed, Erdoğan placed the blame on foreign powers who “hide behind currency rate speculation and the interest rate lobby”.

He has alienated minorities, such as the Kurds, after escalating military conflict with the PKK and allied groups in Syria. And he has grown bolder on the world stage, sparring with the US president, Donald Trump, and the Saudi crown prince, Mohammed bin Salman, painted as the newest enemies seeking to weaken Turkey.

Analysis of Erdoğan’s speeches leading up to his re-election last year put him in league with uber-populists in Latin America such as Venezuela’s Nicolás Maduro and Bolivia’s Evo Morales. .

The two-year state of emergency the president imposed after the attempted coup has cemented his power. More than 160,000 members of the judiciary, academics, teachers, police and civil servants have lost their jobs in the government’s purges and critical media outlets have been shuttered. Turkey has jailed more journalists than any other country in the world and plummeted in Transparency International’s democracy rankings; the watchdog now classifies the country as “not free”. Erdoğan’s constitutional changes mean he could remain in office until 2029.

In a playground in the Black Sea town of Rize, where Erdoğan spent his childhood, women were watching their children under the shadow of a huge billboard of their president. Critics may complain that Erdoğan’s brand of rightwing populist nationalism has ruined Turkey, but in the eyes of many black Turks he remains the country’s defender-in-chief.

“He stands by the poor, people who have been hit hard by fate,” said the tea farmer Dilek Karaca, gesturing towards the billboard. “Our hearts are with him. The most important thing is that he stays strong to protect Turkey.”