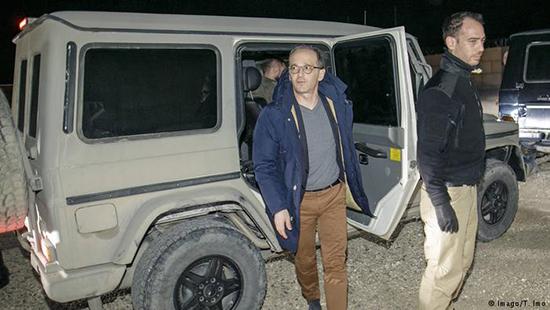 Maas described his visit to Afghanistan as a clear signal Germany was committed to playing its part in a peaceful resolution of the conflict. There are concerns about the effects of a reduction in the US mission.

Germany is part of the NATO Resolute Support mission to train Afghan security forces and has a force of about 1,200 soldiers stationed there.

The government decided last month to extend the military mission ,and Germany has offered to host a peace conference which is to include the Taliban.

“With the trip to Afghanistan and Pakistan, we want to send a clear message: Germany is committed to the responsibility we have assumed as the second largest donor and contributor of troops in Afghanistan,” said Maas.

There are discussions in Berlin on the future of the German mission, and parliamentary debate on extending the mandate for Afghanistan. The minister has argued for Germany’s engagement in Afghanistan to continue, while there are other voices calling for an exit strategy.

The German mission is largely dependent on US infrastructure in Afghanistan. Washington has announced plans to withdraw half of the US military’s 14,000 troops in Afghanistan, and this would have an effect on the German mission. Retired General Harald Kujat, told the media at the time that a US withdrawal would render Germany’s continued presence futile.

However, Maas has said he sees this as the “start of a new phase,” saying “Peace is possible in Afghanistan.”

He refers to elections as a sign of progress: “The landmark presidential elections in Afghanistan are scheduled for July, and there has been movement in the quest for a peace process with the Taliban, also thanks to the US initiative.”

Maas considered his journey “right now as an important and necessary sign.”

After Afghanistan, Maas will also visit Pakistan this week.