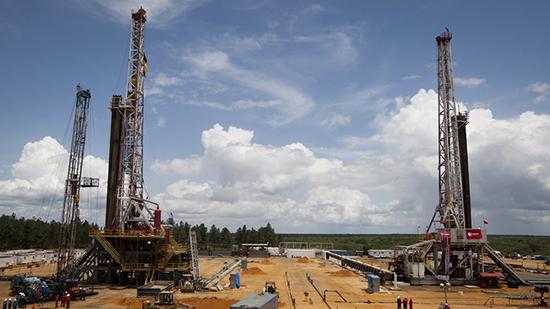 The US is “urging” and “cajoling” countries around the globe –especially India– to stop buying Venezuelan oil, as Washington continues choking the country financially, hoping this will “motivate” people to topple President Maduro.

“We say [India] should not be helping this regime. You should be on the side of the Venezuelan people,” US Special Representative for Venezuela Elliott Abrams told Reuters in an interview, noting that the same tactic of “arguing, cajoling, urging” is being used in similar interactions with other countries.

Oil revenues remain at about 98 percent of the country’s export profits and are crucial for Venezuela to keep the economy afloat, after the US slapped virtually every possible sanction against Nicolas Maduro and his government. Cutting Caracas from oil markets would cause more discontent in the Latin American country and lead to a massive popular uprising which would then spur regime change, Washington hopes.

Even before the self-proclaimed ‘interim president’, US-backed Juan Guaido, announced his intention to oust Maduro on January 23, Washington had been pursuing aggressive market policies against Venezuela. Faced with increased isolation following US sanctions against Petroleos de Venezuela SA, Venezuela turned its attention to New Delhi.
India’s third largest supplier of crude, Venezuela said last month that it seeking to double the current oil exports of 340,000 barrels per day to the South Asia country. According to Bloomberg, India became the leading buyer of Venezuelan crude during the first half of February.

In spite of US pressure, India has refused to stop dealing with Maduro’s government, noting that a sovereign country cannot be ordered to recognize Guaido as legitimate leader. Ignoring New Delhi’s insistence on an independent foreign policy, Washington keeps on pursuing a similar line of pressure and threats of ‘secondary sanctions’ just as it did when it came to Iranian crude.

Venezuelan and Iranian oil imports are among the main issues dominating ongoing trade talks between Washington and New Delhi. With Donald Trump determined to end what he calls India’s “unfair” trade practices, Washington announced just last week that the US intends to end its preferential tax-free trade treatment for India.