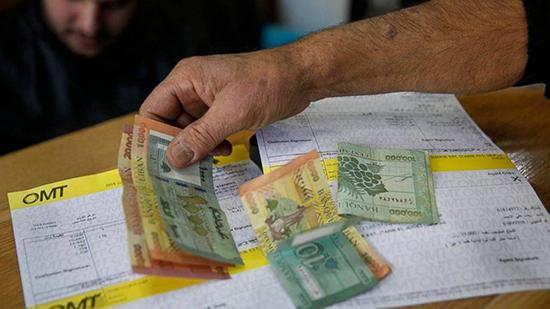 The question is, could something like this happen in Lebanon in a systemic fashion?

The term “money laundering” is overused in Lebanon, in all kinds of contexts. For example, I hear a lot of people referring to a large luxury department store or the real estate sector as a hub for money laundering.

Let’s start with a definition. Money laundering is the concealment of the source of illegally obtained large amounts of cash, through intermediate steps that result in its being placed in a legitimate bank account. Most definitions don’t include the word “large” as I have, but I think mine is better, because for small amounts of cash, it’s easy to deal with it — you just spend it.

Say Pablo Escobar, Allah yirhamo, generated billions of dollars of cash from exporting cocaine out of Colombia. He needs to “clean” his money. To do this, he has to make sure that this money enters the financial system, specifically a reputable bank, so that he can legitimately spend the money to buy clean assets in the developed world. The going rate in the international markets for this type of thing could be about 15-20 cents on the dollar, which has crept up recently due to the global clampdown. It also has to happen quickly.

Lebanese real estate certainly wouldn’t cut it, because Signor Escobar can’t afford to wait for 10-15 years for his money to dribble back in, while it’s stuck in one of the shiny vacant downtown towers barely able to sell anything. A department store located in the most expensive neighborhood in Beirut wouldn’t make sense either because of the high fixed costs, raising the fee to a much higher number.

What about the banking sector?

It’s pretty clear that for an established large bank in Lebanon, their Rabieh or Verdun branch would have a far higher amount of total deposits, as well as average deposit size, than would their Damour branch. Let’s say that they now hire a young superstar branch manager. If suddenly the deposits in their Damour branch grow exponentially, such that they now exceed Rabieh or Verdun, there are two ways that this would be flagged. The first is that the Compliance Officer would catch it, with the help of some specialized software, and start an investigation. Even if he misses it, someone in the CFO office would notice this sudden spike in revenue, and if nothing else, would want to know so that they can commend this new branch manager. For there to be systemic money laundering, this spike in revenue and deposits would have to be swept under the carpet in two ways. First, the Compliance Officer would have to be muzzled; also, the CFO and General Manager would have to ignore this red flag.

A similar situation happened recently for Danske Bank’s branch in Estonia. Until this incident, Danske was one of the most reputable Scandinavian Banks in one of the most reputable countries in the world. Think of Estonia as Damour. According to an article in Foreign Affairs magazine, maybe $230 billion (9 times the GDP of Estonia) of illicit Russian money flowed through that branch, and instead of the Compliance Officer or General Manager flagging it, they sat on the problem. Regulators didn’t buy the excuse of “I didn’t Know.” In the business we describe this as “should have known” and the technical term is called “failure to supervise” and gets the managers, the bank, and its board in serious trouble. In fact, Danske Bank was shut down in Estonia and investigations with existential ramifications are still going on.

There is no question that some money laundering takes place anywhere in the world, and Lebanon is no exception. The question is, could something like this happen in Lebanon in a systemic fashion? When I say systemic, I mean a business model built on this as a major source of revenue, with the knowledge and blessing of senior management. For one thing, none of the banks have had a spike in deposits this large in years, according to their financial statements, assuming the auditing firms are doing their jobs properly. For another thing, there are so many competent intelligence outfits and supervisory agencies watching the Lebanese banking sector like a hawk, that it would be highly unlikely, because they’d shut them down forthwith, without even the need for due process. We experienced something like this in 2011, when the fifth largest bank was shut down, even though there was no admission of wrongdoing in the settlement order. Thus it would be highly unlikely that the top management at any local bank would take this kind of risk. That doesn’t mean that there couldn’t be a dirty branch manager somewhere doing some shady stuff, but it’s doubtful that it’s happening on an industrial scale.

There’s also one more reason this isn’t happening in Lebanon.

Banks are making astronomical returns, sometimes exceeding 20-30%, through financial engineering transactions (perfectly legal and sanctioned by the Lebanese government). Thus, why would they risk their existence for the petty relative returns that money laundering provides?