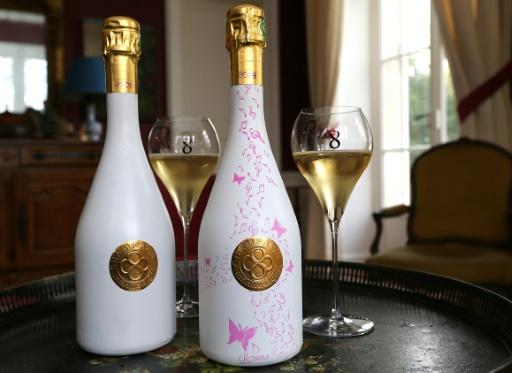 A small winemaker in northern France has launched a champagne bottle that changes color and design when it reaches the correct temperature.

The white bottle, containing 2008 champagne, becomes covered with pink butterflies and musical notes when chilled and ready to drink.

The Infinite Eight Champagne, produced in Ville-Dommange near Reims, northeastern France — will be launched in Japan this month, followed by France in April.

To achieve the bubbly effect, co-designed with French food packaging company Distripac, the bottles are covered in a plastic film, which reacts to the cold thanks to a thermoreactive varnish.

“It’s a first. We are the only ones to do it in the Champagne region,” of northern France, said Nicolas le Tixerand, head of the small family firm which stretches back generations.

“It’s a marketing device. It’s also a fun way of learning when a bottle of champagne is ready to be drunk.” he told AFP.

According to the official champagne website, the ideal temperature to serve bubbly is 8-10 degrees Celsius (47-50 degrees Fahrenheit).