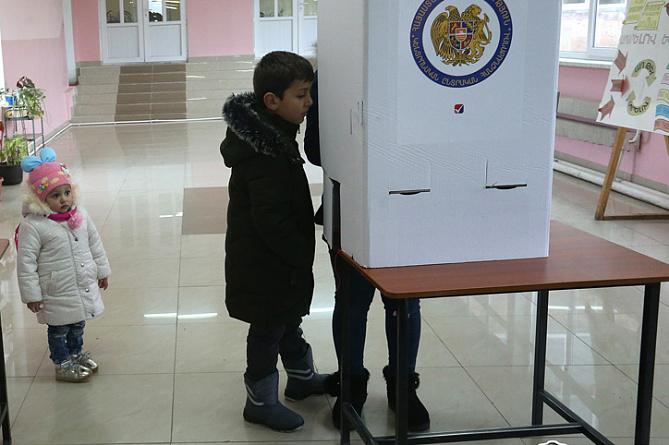 YEREVAN, March 11, /ARKA/. While noting that Armenia’s 9 December 2018 early parliamentary elections enjoyed broad public trust and were held with respect for fundamental freedoms, the final report issued by the OSCE Office for Democratic Institutions and Human Rights (ODIHR) recommends that the authorities, political parties, the media and civil society continue their efforts to preserve the integrity of the electoral process.

The report, published on 7 March 2019, acknowledges that the legal framework for elections is comprehensively regulated and recommends addressing remaining legal gaps and ambiguities in a timely and inclusive manner.

It also recommends the provision of enhanced training to members of polling station commissions on counting votes and documenting the voting results. The report also recommends that the authorities take a more proactive role in ensuring an accessible environment for the electoral participation of persons with disabilities and addressing overcrowding at polling stations.

The media generally ensured balanced and informative coverage of the campaign, the report says. It recommends that authorities further support the editorial independence of public media and foster citizens’ access to impartial, critical and analytical political information.

The report reiterates ODIHR’s previous recommendation to introduce a legal obligation for electoral contestants to account for and report on all campaign-related expenditures and contributions. It further recommends conducting meaningful oversight of campaign finance by relevant authorities.

The report also recommends a legal review of measures to guarantee the protection of voters’ private data during the publication of voters’ lists, and further enhancing special measures to promote women candidates, so as to strengthen the participation of women in public and political life.