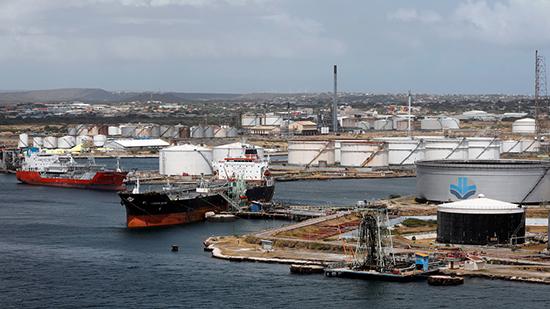 At the same time, Russia, which vowed to defend its oil assets in Venezuela as early as the political crisis began in January, sees risks to its investments in the Latin American country and pledges to react “in the toughest way” possible within international law if those investments are threatened, Russia’s Ambassador to Venezuela, Vladimir Zaemsky, told Russian government-run newspaper Rossiyskaya Gazeta in an interview published this week.

Russia is the staunchest supporter and ally of Maduro’s regime in the political power struggle in the Latin American country sitting on top of the world’s largest oil reserves, while the US and many European nations have recognized Venezuelan opposition leader Juan Guaidó as the legitimate interim president. Russia has stood by Maduro for years and has poured billions of US dollars in Venezuela in the form of loans and oil investments. Russia’s state-controlled oil giant Rosneft has extended US$6 billion of loans to Venezuela’s state oil firm PDVSA. As of December 31, 2018, Venezuela still owed Rosneft US$2.3

Rosneft is also said to be helping Venezuela to get the oil products it needs to dilute its heavy crude after the US sanctions choked off American naphtha exports to Venezuela.

There certainly are risks to Russia’s investments in Venezuela, but those risks are associated with Washington’s behavior, rather than with Venezuela’s government, as the case with PDVSA’s US-based refining subsidiary Citgo has shown, ambassador Zaemsky told Rossiyskaya Gazeta (in the interview with a headline ‘Russia is not abandoning its friends’).

All Russian investment projects have been approved by the relevant Venezuelan and international law and therefore, are under their protection, Zaemsky said, and added:

“If attempts are made to deprive Russian companies of their investments in Venezuela’s economy, Russia will react to this in the toughest way, employing all available means under international law.”

Referring to Citgo, Zaemsky said that Russia sees in this a US policy of unfair competition, citing another example—“unprecedented US pressure on Europe” over the Nord Stream 2 gas pipeline project in an attempt to squeeze Russia out of the EU gas market.

Similarly, Washington basically appropriated assets of a large oil refining business, without paying a cent for it and hiding behind tales of its transfer to “the legitimate president Juan Guaidó” [sic], Rossiyskaya Gazeta quoted Zaemsky as saying.

The Russian ambassador to Venezuela also reaffirmed Moscow’s stance that Russian-Venezuelan relations are strategic and the countries continue to strengthen them.

Executive Vice President Delcy Rodriguez confirmed what President Nicolas Maduro has said repeatedly: that the Venezuelan leadership is ready for such a dialogue. Of course, it is unfortunate that the opposition has consistently rejected dialogue – upon direct instructions from Washington, as we all know very well,” Lavrov said, as carried by the Russian Ministry of Foreign Affairs.

On Saturday, in a telephone conversation with US Secretary of State Mike Pompeo regarding Venezuela, Lavrov “condemned the threats the US has made toward the country’s lawful leadership, which is an overt interference in the internal affairs of a sovereign state and a severe violation of the international law,” the Russian foreign ministry said.

While the global superpowers spat over the handling of the crisis in Venezuela, the Latin American country’s oil industry has been hit hard by the US sanctions against it and its state oil firm PDVSA. Venezuela struggles to find buyers for its oil, after the sanctions essentially ban exports to what was its largest market until recently, the US, as well as imports from the US of naphtha, which the country uses to dilute its thick heavy oil to make it flow.

Russia’s Rosneft is reportedly coming to the rescue with shipments of naphtha to Venezuela to help it make its heavy oil suitable for processing and exports. Two Rosneft tankers will be sending 1 million barrels of heavy naphtha to Venezuela in the next few weeks, Bloomberg reported on Tuesday, citing shipping reports and a source with knowledge of the plans. These naphtha shipments could bring some immediate relief, but they would be lower than Venezuela’s typical monthly heavy naphtha imports of 2-3 million barrels, according to Bloomberg.

This article was originally published on Oilprice.com