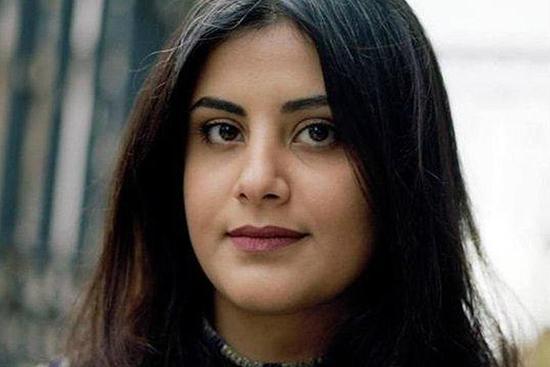 Many female activists have languished for months in jail, where they describe cruel treatment at the hands of Saudi authorities

Like men, they are now detained and tortured under vague and often false charges, ranging from treason to accusations of being agents of foreign governments. Many female activists are accused of undermining Saudi internal security, launching secret cells and recruiting young, female civil servants. Many activists have languished in prison since mid-2018, and several may eventually face the death penalty.

Saudi authorities deny the use of torture in prison, but have failed to respond to calls by international human right organisations for an independent investigation and to allow observers to visit jailed female activists who were allegedly tortured.

Threats of rape and murder

Among these prisoners is activist Loujain al-Hathloul. Young and ambitious, she represents a new generation of educated Saudi women whose dreams cannot be stifled by repression.

Hathloul was a leader-in-the-making who wanted women to drive and take control of their own lives, by definition an act that violates the guardianship system still cherished in the kingdom.

She campaigned for lifting the ban on driving and was imprisoned. Last year, just as the driving ban was being lifted, Hathloul and other activists were rounded up and jailed.

From Canada and Belgium, her brother and sister broke their silence to describe her torture in international media, daring to highlight one of the most atrocious abuse cases in Saudi prisons.

The details that emerged were alarming and brutal, including allegations that Hathloul was beaten, waterboarded, given electric shocks and threatened with rape and murder.

These inhumane torturers appear to act with impunity. The shocking details of the horrific state violence inflicted on Hathloul attests to the dark side of a regime determined to silence dissent and stifle a nascent women’s movement.

Saudi women’s bodies, long considered a national symbol to be protected and to bear a new generation of loyal subjects, are now a canvas upon which the regime can inflict the most brutal punishments.

According to the national narrative, Saudi women are “jewels” who should be protected and cherished. Their bodies are meant to be covered and their movement controlled, lest they tarnish the reputation of the pious nation. The men in their lives, along with agents of the state, are self-appointed protectors who control all aspects of their lives.

A mature Saudi woman cannot marry without the approval of her father, brother, or equivalent, due to a narrow interpretation of one of the schools of Islamic jurisprudence. To work and be a productive member of society, she also needs the approval of her guardian. Employment is dependent upon his consent and so is travel abroad, going to hospital to undergo treatment, and so on.

The state is not a neutral agent in the longstanding process of appropriating women’s production and reproduction, controlling their bodies, and now torturing them. In fact, the regime has been an accomplice in enforcing punishment and control over women for generations.

In the past, the Saudi state succumbed to pressure to control women, as it feared losing the loyalty of its male population.

The regime controlled women’s bodies out of fear – the fear of rebellious men who expect the pious Muslim nation to enforce modesty and a strict code of behaviour for women. Men delegated their control over women to the state and its agencies, from religious police to judges. In return for securing men’s loyalty, the state promised to keep women under control.

The bargain survived for decades, until Crown Prince Mohammed bin Salman (MBS) rocked the boat. Women became a battleground upon which the regime and its opposition fought fierce and futile battles.

Islamists accuse the regime of corrupting the Land of the Two Holy Mosques by not protecting women’s bodies, while the regime claims it is emancipating and empowering women. A minority of Islamists who supported women’s emancipation by invoking a kind of Islamic feminism landed in prison.

Every time the bargain between the regime and men over controlling women has been shaken, turmoil has ensued. Under the guise of educating women, the regime has taken control of their lives and limited their choices.

The narratives of both the regime and its opposition have missed one important element: the women themselves. But as MBS has weakened and emasculated Saudi men, including his own relatives, he can now ignore them altogether.

He no longer cares about their objections to his so-called social reforms. He can watch Saudi women dance at public concerts, knowing their men cannot utter a word of protest.

MBS is only interested in appealing to a Western world critical of Saudi Arabia’s control over women. After several symbolic changes – including allowing women to drive – he launched a charm offensive and appointed a princess to one of the most important jobs in the diplomatic service, namely Riyadh’s ambassador to Washington.

Princess Reema bint Bandar bin Sultan, whose father held the post for more than two decades, is now the soft face that MBS projects to US audiences, hoping they will forget the heinous murder of Washington Post contributor Jamal Khashoggi. Princess Reema’s mission is to restore Washington’s faith in MBS after the serious fallout from Khashoggi’s murder.

On social media and traditional media, MBS’s reforms are praised by a select handful of female loyalists

At the same time, many Saudi state feminists are cheering the alleged emancipation of women, while ignoring the plight of Hathloul and other detained activists.

On social media and traditional media, MBS’s reforms are praised by a select handful of female loyalists who are permitted to speak with foreign media eager to snatch a sentence or two to support a well-rehearsed narrative about the reformist crown prince.

Women with reservations over MBS’s reforms are banished from the conversation, and Western journalists struggle in Riyadh and Jeddah to find them, let alone to get a statement from them. Immediately after Hatoon al-Fassi, a prominent female activist, was quoted in the New York Times, she was detained alongside Hathloul.

There is no room for sisterhood or female solidarity with the detained activists, as opportunities for women in Saudi Arabia remain limited, despite the hype. Women appointed to top jobs want to stay there, possibly forever. Loyalty to the regime is an important precondition, and minor criticism is severely punished.

With the increasing education of Saudi women, the competition is fierce, and many will never get their dream job in state bureaucracy or the private sector. There simply aren’t enough opportunities in an economy that has failed to create enough jobs for both men and women.

As a result, many women inside the country will remain silent over the detention of female activists whose struggle has benefitted them.

On International Women’s Day, the increasing number of Saudi exiles scattered around the globe will remember Hathloul and her friends and colleagues.

They will combine their efforts to exert media pressure on a regime whose Western allies keep sheltered, even after the murder of a journalist and a pervasive detention campaign stifling all forms of activism.

The increasing repression has already led to one horrific murder in the Saudi consulate in Istanbul. Murder inside Saudi prisons remain under-reported.

Now, Saudi women are having their own bodies violated, humiliating their male relatives in a culture where honour is directly linked to women. Hathloul’s torture will shame all Saudi men who have failed to campaign for her release.