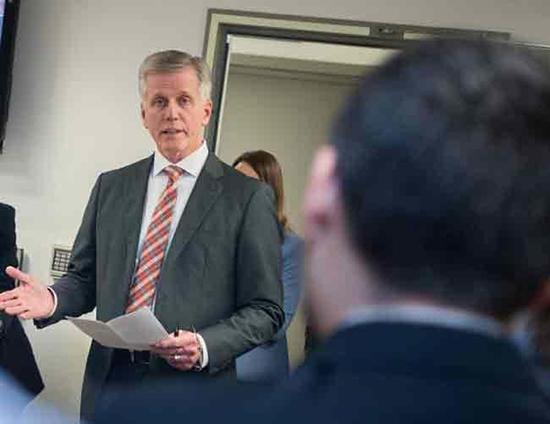 The U.S. warned of “grave consequences” on March 9 if Turkey purchases the Russian S-400 missile defense system because it could affect the deal for F-35 fighter jets and the Patriot missile system.

Pentagon spokesman Charles Summers told reporters Turkey‘s decision to accept the Russian defense system “would mean that they would not have access to the Patriots and the F-35s.”

“If Turkey takes the S400s there will be grave consequences in terms of our military relationship with them and with the Patriots and the F-35s,” Summers said.

He did not provide any additional consequences.

Earlier this week, Gen. Curtis Scaparrotti told a Senate committee he hopes Turkey would reconsider its decision to purchase the S-400 system.

Scaparrotti, who also serves as NATO’s top commander, pointed to several problems the Russian system poses, including lack of interoperability with NATO systems and said the S-400 is “a problem to all of our aircraft, but specifically the F-35, I believe.”

The move was criticized by the Pentagon, which warned that purchasing the S-400 would hurt Turkish-U.S. relations and Turkey‘s role in NATO.

Washington has cautioned the S-400 system might covertly obtain critical information on the advanced fighter jets, including their detection range, which could then be relayed to Russia.

But Turkish officials said Ankara would not go back on its agreement with Russia, even if it were to also buy the Patriot system.

Turkish Defense Minister Hulusi Akar stressed Ankara purchasing the S-400s from Russiais “not a choice but a necessity.”

Ankara is planning to purchase 100 F-35 fighter jets from the U.S. pending congressional approval, and its pilots are currently training on the weapons platform at Luke Air Force Base in Arizona.

Turkish firms also supply the F-35 program with key components, including airframe structures and assemblies, and the center fuselages.

On March 6, Turkish President Recep Tayyip Erdoğan said Ankara finalized a deal on purchasing the S-400 missile system from Russia, and that in the future “we may work with S-500s,” the next-generation Russian missile system.

Akar added starting this October, the S-400 systems will be installed in Turkey, adding that the Turkish Air Force is working on where to deploy the missiles.