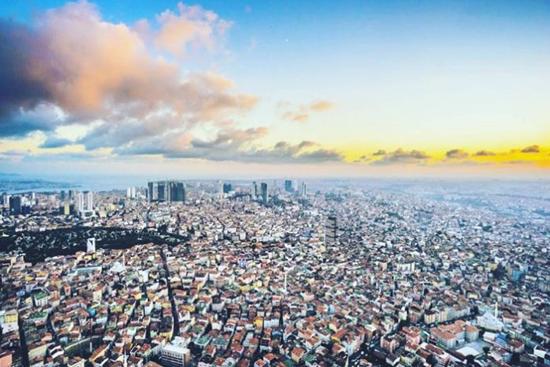 Binali Yıldırım, a candidate for mayor of İstanbul, has responded to criticism that İstanbul has been excessively urbanized, saying, “What’s done is done,” the TR724 news website reported on Friday.

Known for close ties to President Recep Tayyip Erdoğan, Yıldırım was nominated by the ruling Justice and Development Party (AKP) for mayor of Turkey’s largest metropolis in local elections slated for March 31.

Appearing as a guest on a Fox TV show, Yıldırım was shown video footage of residents complaining about city planning in İstanbul carried out during the tenure of mayors from the AKP.

The residents criticized the building of structures on what used to be green spaces and even farms.

Yıldırım promised to create “green valleys” as well as to incentivize “horizontal architecture,” meaning prioritizing shorter buildings over tall ones, if elected.

Since 1994 the local government of İstanbul has been run by politicians from the AKP and Milli Görüş, an İslamist political movement where AKP has its roots.