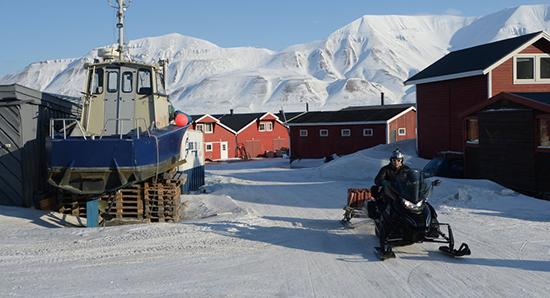 While the 1920 Svalbard Treaty gives Norway “full and unrestricted sovereignty” over the strategic archipelago, Norway has been taking steps to limit foreign activity, something that underwhelms China.

In 2016, the Norwegian government outlined a plan for Svalbard to prevent a situation in which Norwegians would become a minority on the archipelago. As part of this endeavour, the Climate and Polar Department of the Research Council has produced a research strategy blueprint for Ny-Ålesund, Svalbard’s “science town”.

Among other things, Norway wants the research to be limited to natural science. First, Norway doesn’t want anyone to research, for instance, the Svalbard Treaty or how and why Norway secured its right to the strategically important archipelago. Second, the research should be published in English. Third, the blueprint states that it is not individual countries that are represented in Ny-Ålesund, but their institutions. Norway will thus stop referring to them as stations, and instead use their institutional names.

The proposals have upset China, which as of today runs 80 registered projects in biology, social studies, and atmosphere on Svalbard. In response, the Chinese Polar Instutue stressed that their Yellow River Station won’t change its name. By their own admission, the Chinese researchers also reserve the right to research as they please, including social sciences and law. In addition, they expressed a deep concern about Norway’s push for a universal research strategy.

“We appreciate Norway’s coordination, but stand for free research which, we believe, shouldn’t be influenced by others”, deputy chairman of the department for international cooperation Wei Long said, as quoted by Klassekampen.

Wei Long also stressed China’s importance as an Arctic player and said that Beijing views demand for publication in English as “discriminatory against other languages”.

The Chinese claim they fully accept Norwegian sovereignty over Svalbard, but point out that the Svalbard Treaty is about equal treatment of the signatory countries. China would like to use its station as a base for research, mining and perhaps even for tourism.

“Sharing infrastructure and data is a complex legal issue. Each country must act according to its own needs”, the Chinese response said.

“We have noticed that China has some concerns”, Rune Vistad of the Climate and Polar Department of the Research Council, which plays the role of a host on Svalbard, told Klassekampen. According to Vistad, a thorough strategy will not only lead to more and better research, but also ease the strain on the environment.

In 2018, China released its Arctic Policy, in which it has vowed to actively participate in Arctic affairs as a “near-Arctic State” and a major stakeholder in the Arctic.

The Svalbard archipelago is one of the northernmost land-areas in the world. With an area of 61,000 square kilometres, of which about 60 percent is covered in ice, Svalbard has a permanent population of 2,600.

Most research is concentrated in Ny-Ålesund, a former mining community, where the first research was established 50 years ago. As of today, over 20 nations have projects on Svalbard. Of these, ten have established their own stations they rent from a state-owned Norwegian company.

The international presence is made possible via the Svalbard Treaty of 1920, which allows foreign activity as long as it complies with Norwegian laws. At present, 43 nations have signed the treaty.