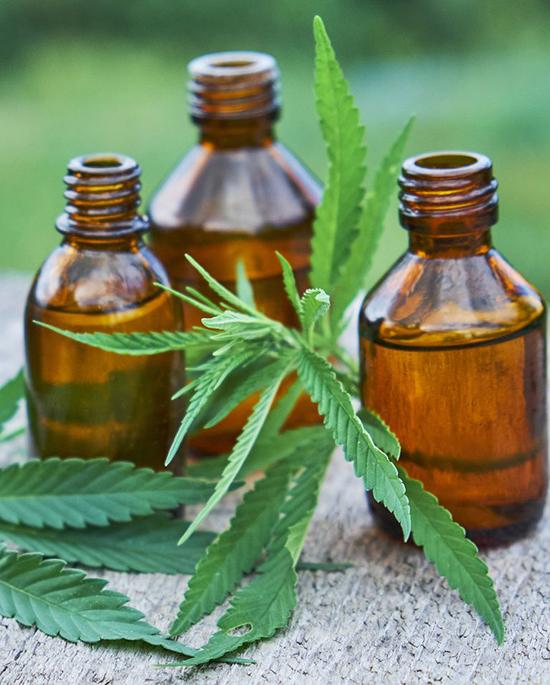 It seems like everyone and her sister (and grandma, and aunt and second cousin twice-removed, and … you get it) is sprinkling CBD oil in her smoothies because of claims it can help with everything from pain to anxiety. But what about CBD’s sister: hemp oil? Are hemp oil benefits legit? Proponents say it can help with sleep and anxiety, balance your hormones, make your skin glow, and protect your ticker. But here’s what you should know before you start drizzling it on top of your food or slathering it on your skin.

What is hemp oil—and is it different from CBD oil?

CBD is a compound called a cannabinoid, says Jordan Tishler, MD, a Harvard-trained doc who is an expert on using cannabis as medical treatment. It can be extracted from hemp or marijuana, two different plants from the Cannabis sativa L. (“cannabis”) species. The big difference between the two: Marijuana contains higher levels of tetrahydrocannabinol (“THC”), the compound responsible for the psychoactive properties of pot (a.k.a., the stuff that makes you high). Hemp, on the other hand, is naturally very low in THC (0.3 percent), says Tishler.

So are there any hemp oil benefits—or nah?

Yes, and no. Hemp itself is an A+plus source of omega-3 and omega-6 fatty acids. In fact, it has the 3:1 ratio of omega-6 to omega-3 that research shows is optimal for health. One of those omega-6s is GLA, or gamma linolenic acid, an anti-inflammatory. That’s why hemp-based food products, like hemp hearts and hemp milk, are gaining reps as legit superfoods.

Omega-3 and omega-6s have been shown to help treat conditions like atopic dermatitis (a.k.a. eczema), which can leave your skin dry and itchy. GLA in particular has been shown to improve dry skin and eczema. One 2005 study even found people who consumed hempseed oil for 20 weeks had a reduction in oil and reduced the symptoms and appearance of eczema after 20 weeks. But that research is preliminary, Tishler points out.

What Is CBD Oil?

Fatty acids and GLA may also help curb the physical and emotional pain linked to PMS. Here’s why: One of the causes of PMS is a hormonal imbalance that leads to a lack of GLA in the body. Research on GLA has shown to help alleviate the symptoms of PMS by bringing hormone levels back into balance. But so far, studies haven’t found ingesting or slathering on hemp oil itself will have this effect.

Oh, and that ideal ratio of omegas? Researchers in Spain say that composition makes hemp oil high in polyunsaturated fatty acids (PUFAs). A high ratio of PUFAs to saturated fats has been linked to reductions in cholesterol levels and atherosclerosis (hardening and narrowing of the arteries). That suggests hemp oil may have the potential to help prevent heart disease, according to the study authors. But again, none of this has been tested in people.

So should I buy hemp oil?

“It probably should be called snake oil,” says Tishler. (So…save your cash.) Not only does hemp oil not have any real health benefits, but it may contain stuff that’s actually bad for you. “At the moment what you can buy is less regulated than the potato at the supermarket,” says Tishler. When hemp oil is extracted, there’s a risk that pesticides, plastics, and heavy metals could make their way in, says Tishler.

Which seems like reason enough to hold off on hemp oil until the industry is more regulated.