The U.S. shale industry has been responsible for a tidal wave of oil production in recent years, and shale will increasingly dominate the oil market over the next half-decade at least.

“Following the unprecedented expansion seen in 2018, when total liquids production increased by a record 2.2 million barrels per day (mb/d), the United States will account for 70% of the increase in global production capacity until 2024,” the International Energy Agency (IEA) said in its latest medium-term oil market report, Oil 2019, which offers analysis and forecasts for the next five years.

The IEA expects the U.S. to add 4 mb/d of fresh supply by 2024, far outpacing other countries. The only other sizable contributions come from Brazil, Canada, Norway, Guyana, Iraq and the UAE.

What are the implications of this? The IEA says that as U.S shale takes on more market share, OPEC will find itself in a bind. Its position will likely erode, and the group could be faced with fighting for market share and crashing prices, or keeping production cuts in place for a much longer period of time than they had hoped. The IEA expects total OPEC output to fall by 0.4 mb/d over the timeframe, mainly due to losses from Venezuela and Iran.

Meanwhile, the IEA also urged – as it has for the last several years – the industry to invest more in new production, warning that there could be a supply gap due to a shortfall in new development. That has become a particular worry for the agency following the 2014 market downturn, which saw global upstream spending evaporate.

“Our analysis last year looked at the rates of decline in oil fields and found that to keep production steady, the equivalent of the output from the North Sea needed to be offset each year,” the IEA concluded. “This remains true today.”

However, the IEA said that spending is expected to increase for the third consecutive year, and notably, investment in conventional projects could rise quicker than that for U.S. shale.

The plea for more spending stands in conflict with the warnings about peak oil demand and the danger of major oil companies being left stuck with stranded assets on their hands. Nobody knows how this will play out, but the IEA is not a big believer in peak demand. China and India – the two largest sources of demand growth going forward – will see consumption expand by 7.1 mb/d. Together they account for nearly half of the increase. The agency said that while demand growth will slow over the next five years, there is “still no peak in sight.”

However, the nature of demand continues to shift. Electric vehicles already have a foothold in the transportation sector, and will increasingly eat into oil demand. But consumption will shift into other sectors, such as petrochemicals and aviation. “Around the world, more consumer demand means more plastic, which in turn means more petrochemicals,” the IEA noted. “Despite efforts to curb plastics use and encourage recycling, demand for plastics and petrochemicals is growing strongly.”

Finally, the IEA carved out some space for the looming regulations on marine fuels by the International Maritime Organization. “The 2020 IMO marine regulation change is one of the most dramatic ever seen to product specifications, although the shipping and refining industries have had several years notice,” the IEA said. The agency expects everyone to adapt in the medium-term, but only after an initial period of disruption, non-compliance and a tight market for specific refined fuels.

That is related to another issue – a flurry of new refineries are coming online, which could lead to overcapacity. “Given that these new additions far exceed the increase in demand for refined products, plant closures might be necessary to rebalance the market, though questions remain as to where and when that will happen,” the IEA concluded. Much of the new refineries are located in China, and they will put the squeeze on older less competitive facilities around the globe. 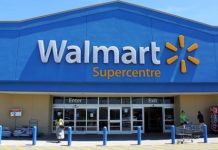