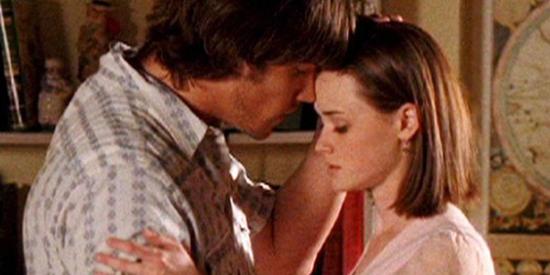 Up to a third of young men now experience erectile dysfunction. Some are turning to extreme measures such as penile implants – but is kicking their pornography habit the only solution?

There is an ad campaign adorning the tunnels of the London Underground bearing the slogan “ED IS DEAD” next to a photograph of a wholesome-looking man in his prime. “Don’t worry,” it says in smaller writing beneath. “Ed’s not a guy. It’s a guy thing. It’s short for erectile dysfunction.” The posters are promoting a new brand of sildenafil (most commonly known as Viagra), which we are supposed to think is slaying the problem. But, as it stands, ED is far from dead.

Clare Faulkner, a psychosexual and relationship therapist based in central London, is among those who link ED and pornography use. “I now have ED clients in their early 20s,” she says. Part of the problem with pornography is that it is “a very dissociated experience. Stimulation is coming externally, which can make it very hard to be in your body.” It also perpetuates the myth, she says, that “men are rock hard and women are ready for sex all the time”.

Lone viewers of pornography become accustomed to being fully in control of their sexual experience – which again, says Faulkner, “isn’t replicated in the real world”. Being faced with a real, complicated human being, with needs and insecurities, could be deeply off-putting.

The young age at which Rhodes started watching pornography is not unusual. In 2016-17, a Middlesex University study of children aged 11 to 16 found that 48% had seen pornography online. Of this group, the vast majority, 93%, had seen such material by age 14.

Gabe Deem, the founder of the pornography recovery group Reboot Nation, speaks openly about his own experiences. When he was 23, he said: “I tried to have sex with a beautiful girl, a woman I was extremely attracted to, and nothing happened. I couldn’t feel any physical arousal and couldn’t get the slightest bit of an erection.”

As with other addictions, says Faulkner: “People need stronger doses to get high. It’s always about pushing the boundaries to get the same excitement. Which means what they’re watching gets more hardcore and potentially frightening. I’ve had clients tell me they’re not comfortable with the material they’re watching.” When researchers study the brains of compulsive pornography users, says Sharpe: “They’re seeing the same brain changes that are common in all addictions.”

Some still dismiss the rise in ED among young men as performance anxiety, but Sharpe says while that may be true for some, “What we’re hearing from clinicians, sex therapists, doctors and people dealing with compulsive sexual behaviour is that more than 80% of issues are porn-related.” The Reward Foundation has been running workshops with healthcare practitioners across the UK and found that doctors and pharmacists don’t even consider asking their young male patients who have ED about their pornography use. “They’re giving them Viagra and that’s not working for many of them,” says Sharpe. “It’s not dealing with the underlying problem.”

When the drugs don’t work, Sharpe has heard of young men getting penile implants (prosthetics implanted in the penis to help erections). “One of the medical participants at one of our workshops last year said a patient had had two such implants.” No one had thought to ask him about pornography use.