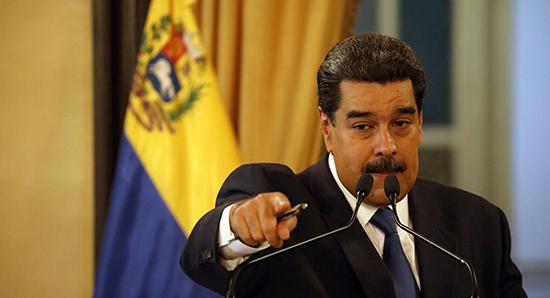 “We have apprehended two people who attempted to sabotage the communications system at the Guri dam in order to impede the process of [power supply] restoration. They are being questioned”, Maduro said in an address to the Venezuelan people.

The Venezuelan president also opined that US President Donald Trump bore the most responsibility for the disruption of Venezuela’s power grid system.

“Donald Trump is a key responsible person for the cyber attack on Venezuela’s electricity system. He has said that all scenarios [with respect to Venezuela] were possible, and his marionettes and clowns in Venezuela itself echo him… A high-tech cyber attack has been carried out against Venezuela, and only the US government has the technology [needed to carry out such an attack]”, Maduro stated.

He added that the cyber attack had been localised and the relevant agencies were working to restore power supplies in the country.

A blackout swept Venezuela on Thursday as national electricity supplier Corpoelec reported of “sabotage” at a major hydroelectric power plant called Guri. Media outlets subsequently reported about power outages in 21 of 23 Venezuelan states. Maduro has blamed the United States for waging an energy war against Venezuela, while Washington has denied having a role in the crisis.